James Corden's Exit And The State Of Late-Night TV 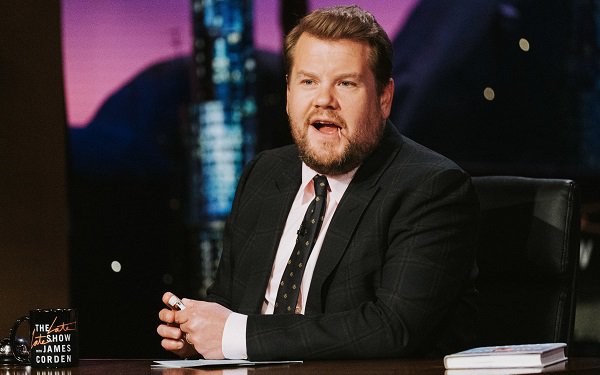 James Corden's announcement last Thursday that he's quitting the CBS “Late Late Show” a year from now serves as a reminder of something I haven’t thought about in a very long time: Late-night TV still exists.

There was a time when late-night TV was one of the most uppermost topics on a TV columnist’s mind.

We habitually referred to the competitive fervor in this daypart as “the late-night wars” and covered ratings reports and host departures in breathless columns with 90-point headlines.

“Johnny!” “Jay!” “Dave!” We were obsessed with the tribulations of these television superstars who could be referred to only with their first names and everyone knew who we were talking about.

In case you haven't decoded their first names by now, or forgot all about them, they are: Stephen Colbert (“The Late Show” on CBS), Jimmy Fallon (“The Tonight Show” on NBC), Jimmy Kimmel (“Jimmy Kimmel Live” on ABC), James Corden (mentioned earlier), Seth Meyers (“Late Night” on NBC) and Trevor Noah (“The Daily Show” on Comedy Central).

At least James Corden never came to be known as “Jimmy,” because that would have been really confusing.

Let's try it right here: Jimmy Corden announced on Thursday's “Late Late Show” last week that he signed a new contract that will last for just one year.

After that year is up (presumably next spring), he will be leaving the show. Corden, 43, has been the host of “The Late Late Show” since March 2015.

If Corden's reign on “The Late Late Show” is known for anything, it is the recurring bit called “Carpool Karaoke” in which Corden was seen driving in a car with a music star in the passenger seat, and the two of them sang together.

This bit hit a peak of sorts in 2018 when Corden persuaded Paul McCartney to do one of these. That video became so popular that CBS expanded it to produce a one-hour special that aired in prime time.

“Carpool Karaoke” was a pleasant -- and some might even say innovative -- feature of the Corden era on “The Late Late Show.” At least he sang with these music stars in a car and not, say, in the shower.

In days of old, the exit of a late-night host was a big story to the ink-stained wretches of the TV beat, which leads me to wonder: What do today's journalists stain their hands with now that there is no ink anymore?

But I digress. If getting a big sendoff in the entertainment press is something that James Corden is looking forward to, then may his wish be granted.

But it is reasonable to ponder if he will. Late-night TV just doesn't seem to attract the same kind of attention it once did.

Or maybe it does, and the problem is that certain aging TV columnists have been at this so long that generating the same passion for another late-night host exit is simply not possible.

However, the last one of these that we had was Conan O'Brien's exit from TBS last June. His farewell show was so low-key that if you blinked you missed it.

He was the longest-running late-night personality on the air at the time -- just shy of 28 years. You would have thought that Turner would have gotten behind a bigger sendoff, but it was not to be.

This was not the case with a slew of such farewells that took place just in the last seven-and-a-half years since your current TV blogger started his MediaPost journey in September 2014.

Who can forget the high-profile finales of Jay Leno (“The Tonight Show”), Craig Ferguson (“The Late Late Show”) and Stephen Colbert (“The Colbert Report” on Comedy Central), all in 2014; and the following year, David Letterman's spectacular exit from CBS and Jon Stewart's last show as host of “The Daily Show”?

I can't seem to forget them. Why? Because for at least two-and-a-half decades, late-night TV news and commentary made great copy, going all the way back to Johnny Carson hanging it up in 1992.

It would be easy now to just say something like: Oh, well, those days are long gone. But are they?

Perhaps we can end this TV Blog about the state of late-night TV with something Yogi Berra may have said about it if he were still with us: Nobody watches the late-night shows anymore -- there are too many of them!