Tyler Perry Turns Serious With Docuseries About People Who Vanished 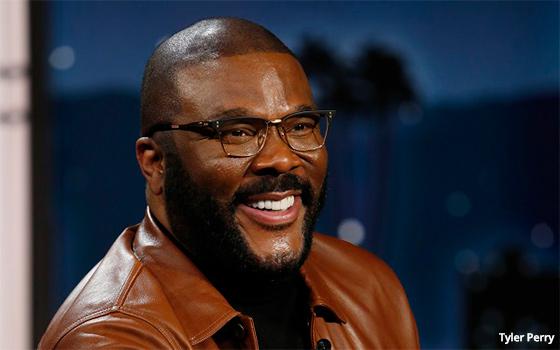 Tyler Perry is possibly the most interesting man in the worlds of television and movie content today.

By now, he has worked on dozens and dozens of movies and TV shows of his own creation on which he is credited as producer, director, writer and/or star.

His projects are nothing if not wide-ranging -- from outrageous comedy to serious drama. His page on IMDB.com lists more than 200 of them.

And sometimes, as in the case of his latest work, he even delves into the world of true-crime documentaries.

For this one, he has attached his name to a story that caught his attention and ignited his passion. He is also credited as an executive producer.

This new project is called “Never Seen Again,” described as a “provocative docuseries exploring cases where families grapple with the inexplicable disappearance of a loved one.”

It was announced Wednesday morning by Paramount+, where it will start streaming next Tuesday (May 10). Before that, however, the company is making it available on the CBS News app for free from this Saturday (May 7) through Monday (May 9).

The disappearance story that has fired up Tyler Perry is the mystifying tale of two men -- a Mexican immigrant named Felipe Santos and a 27-year-old black man named Terrance Williams -- who disappeared in separate incidents in 2003 and 2004, respectively, after riding in the backseat of a police car driven by the same officer, Deputy Steve Calkins of the Collier County (Florida) Sheriff’s Department.

Suspicion surrounds the cases and centers understandably on Deputy Calkins. However, for reasons that remain obscure, the two cases have never been solved.

With this new series, Perry hopes to publicize the disappearances and hopefully generate leads from some who will see the show -- with somewhat the same purpose as the old “America’s Most Wanted” show with Adam Walsh.

If I may insert an editorial comment here, this effort may have been better served by presenting “Never Seen Again” on a mainstream network with greater reach such as CBS.

On the other hand, Paramount+ said this week that its subscriber count stood at just shy of 40 million at the end of March, representing a 20% increase in subscribership in the first quarter of this year. So maybe the show will get the result that it desires.

The mystery of the two men’s disappearances apparently affected Perry deeply. In 2018, he offered a $200,000 award for information that would help find the men, according to Wikipedia.

“I was shocked and outraged,” Perry is quoted as saying in the Paramount press release. “I had to get involved. I immediately thought, ‘What can I do to help? What can I do to bring attention to this?’

“They’re both disappearing with the same deputy after being put in the same deputy’s car. If this is a coincidence, then he is the most unlucky man in the world, that this could actually be something that happened to him twice. I just don’t see how that is possible. And I think that anybody in law enforcement can look at this and go, ‘What happened to them?’ ”

With his involvement in this series, Perry once again demonstrates his astonishing versatility. This is the man who first became famous by creating and playing an over-the-top female character, the irrepressible Madea.

As a matter of fact, his latest, “Tyler Perry’s A Madea Homecoming,” released just this past February and available on Netflix, was a scream from start to finish.

This man has been responsible for so much of our contemporary entertainment. On the serious subject of the disappearance of these two Florida men, Tyler Perry has more than earned our attention and respect.