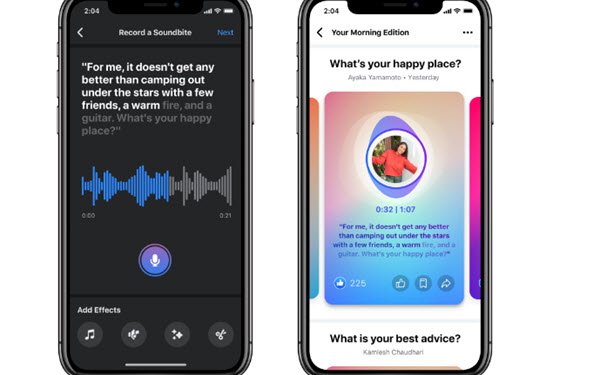 Meta is pulling the plug on podcasts just a year after their launch on Facebook, discontinuing its short-form audio offering Soundbites, and shutting down its audio hub.

“We’re constantly evaluating the features we offer so we can focus on the most meaningful experiences,” a Meta spokesperson told Bloomberg.

Meta said that it had not yet set a specific date for the shutdowns of Soundbites and the audio hub.

According to the message to partners, Facebook will leave it up to publishers to tell listeners about the shutdown.

Facebook’s audio push, launched last April during the height of the pandemic-driven Clubhouse and Twitter Spaces crazes, has decided not to invest more of its resources fighting for share against entrenched audio leaders Spotify and Apple.

The decision comes as Facebook’s slowed user and advertising growth and Meta’s heavy investments in metaverse infrastructure and devices have driven down its stock and forced a reassessment of priorities.

During last week’s first-quarter earnings call, Meta CEO Mark Zuckerberg said the company will continue to pursue its key metaverse initiatives, but “slow the pace” of some investments.