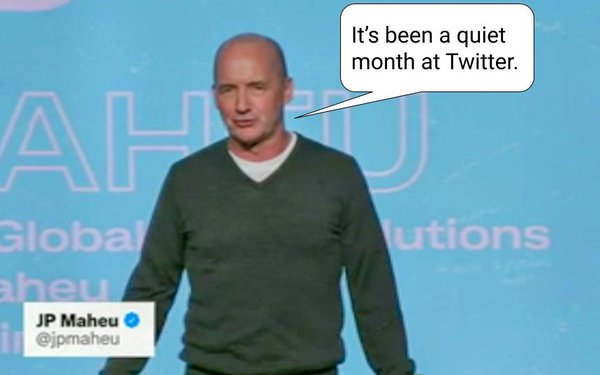 As far as intent signals go, Twitter’s new owner has sent some mixed ones to the company’s biggest customers this week, ditching an opportunity to make an appearance it is annual NewFront presentation, and using his personal account on the social media platform to raise questions about the role brands and advocacy groups should play in pressuring Twitter to uphold its current content policies.

“Who funds these organizations that want to control your access to information? Lets investigate…,” @eleonmusk wrote in a tweet on the eve of Twitter’s NewFront, showing a story by CNN.com about a coalition of advocacy groups calling on advertisers to force Twitter to affirm its harmful content moderation policies.

“Sunlight is the best disinfectant,” he added to the thread.

Then he confused matters further by doubling down in a new tweet just hours before Twitter’s ad presentation, that question the role of multiple types of “organizations:”

“Interesting. I wonder if those funding these organizations are fully aware of what the organizations are doing,” he wrote, tweeting a story published by the U.K.’s Daily Mail, alleging “Soros, Clinton and Obama staffers and Europe govs” were behind the “anti-Musk letter” sent to advertisers by the coalition.

Whatever Musk actually meant to imply, his decision to weigh in on the controversy as Twitter was pitching its biggest customers – those who account for nearly 90% of its current revenues – and to bypass the opportunity of making an appearance there, suggests a rocky start to the relationship at best.

For their part, Twitter’s current content and sponsorship management team did a good job of staying away from it altogether during a brief, fast-paced NewFronts presentation held live at Pier 17 in Manhattan and online to a virtual audience, focusing mainly on new premium content deals with big publishers like Fox Sports, Conde Nast and others.

In fact, the only allusion to Musk’s takeover was in Vice President-Global Client Solutions JP Maheu’s opening remark, “It’s been a quiet month at Twitter.” 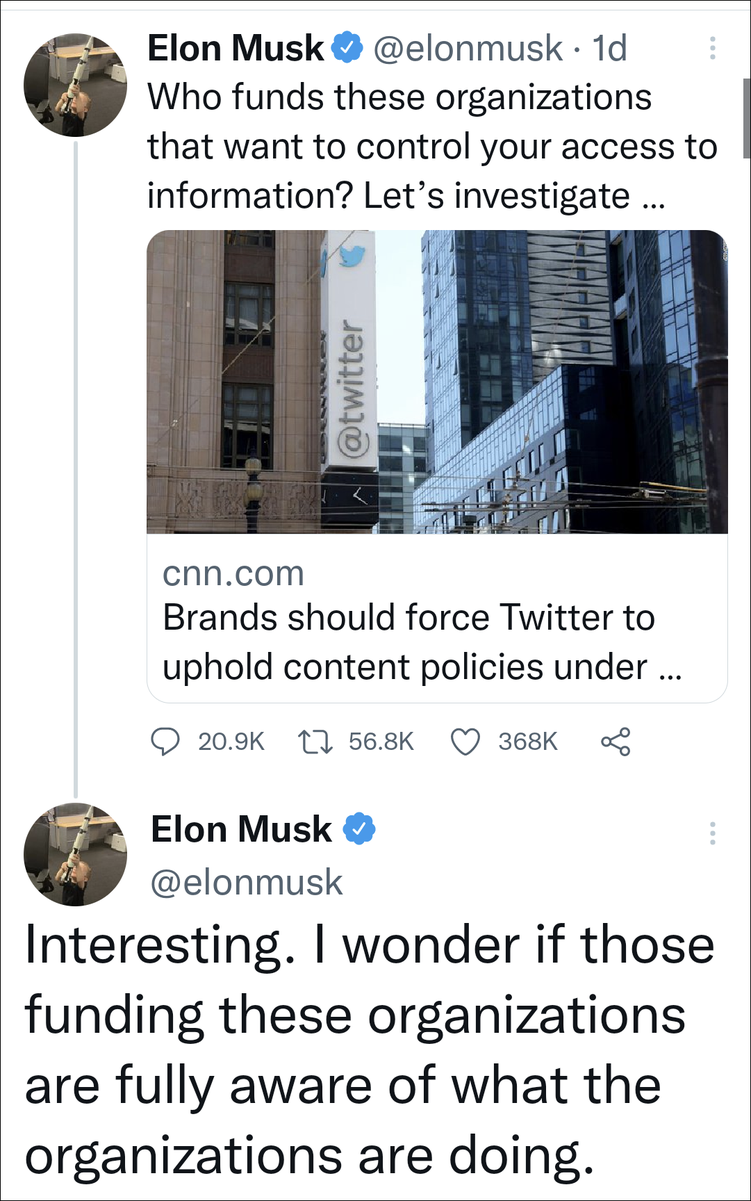