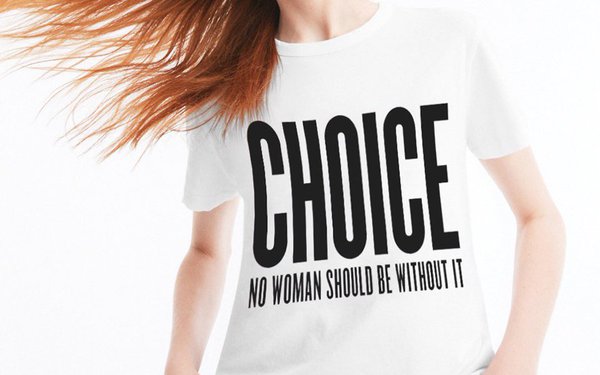 Image above from a tweet by Kenneth Cole, a marketer who never hesitates to take a stand.

Conventional marketing wisdom holds that brands have to stand for something. They need a a bold, authentic purpose. If they want to win customers and attract employees, they must be brave.

But the leaked Supreme Court decision that would eliminate a person's right to have an abortion may have blown up that orthodoxy. Brands aren't being brave at the moment. They're cowering in the corner.

More accurately, they're cowering in two corners. In corner one, marketing and brand execs are aware that while most Americans support abortions in all or most cases, tens of millions of consumers disagree. (Polls vary. Gallup says 80% of the U.S. supports abortion in all or most cases, while Pew puts it at 59%.)

And in corner two, the beaten-down hiring executives charged with building "the employer brand" are quivering. They're trying to recruit and retain young workers amid the Great Resignation, cajoling women with 21st-century promises of equality and fairness. Yet they see the SCOTUS ruling erasing 50 years of gains.

That puts companies in a terrible bind. "Brands are right to be afraid," says Phillip Haid, co-founder and chief executive officer of Public, a social impact agency in Toronto. "There's very little upside to making a public comment. Just by the nature of abortion, you risk upsetting up to 40% of your audience."

Consider new poll numbers from Morning Consult, which finds 51% of registered voters say they support brands that speak out about abortion access. That rises to 72% of Gen Z and drops to 42% of Gen X.

The answer, to some experts, is to avoid anything overtly political at all costs. "Companies need to be focused on the public sphere, not politics," says J. Walker Smith, executive chairman of Kantar Futures. "That means they have to do things that are good for people and society–but they can't be seen as declaring allegiance to Democrats or Republicans."

That's a delicate dance, especially since abortion is inherently political. Since 1976, the GOP has included anti-abortion language in its platform. And Republican leaders are already crowing about their victory.

Any statement supporting a woman's right to choose is seen as inherently anti-Republican. How could it not be viewed as political?

For now, companies can buy themselves breathing room, says Smith, "because this is only a draft, and it's a leak. The time to make a statement will be in June when the final ruling comes out."

But companies that stay silent on the issue too long, says Haid, risk signaling that they condone this erosion of rights. Hundreds of thousands of workers are still giving notice each month. Many are women, desperately unhappy with corporate brands that can't support even basic family policies.

"Keeping quiet risks upsetting the employees that may be their greatest asset," Haid says.

"The war for talent is probably the single biggest dynamic in all these debates about social issues and where companies stand," agrees Smith.

The lucky brands, in this case, are those that are confident that their base is young and/or left-leaning. Not surprisingly, Levi's is one of the few brands that quickly stepped forward with a statement supporting abortion access. 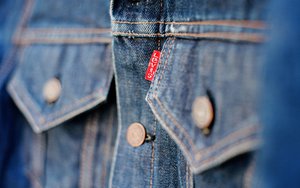 "But if you're a Microsoft, a Walmart, or a Disney, this is treacherous ground," Haid says.

The still-unfolding Disney drama in Florida is a recent example of how complex these issues are. "Employees demanded that the company do something [about the anti-gay laws passed by the state] and said, 'These aren't our values,'" Haid adds.

"It isn't an issue of taking a position," he says. "It's an issue of already having these things in place. If companies are proactively supporting employees, all they have to do is make this part and parcel of their larger brand stand."

Several companies, including Amazon and Yelp, have already made public statements about supporting abortion care, including covering travel expenses. "It makes sense for companies to take this moment to publicly reaffirm decisions they've already made," says Smith.

On the consumer side, Passikoff says the essential calculus is asking, "how much are you willing to lose? It could be 30% of your audience, but not 50%. The important thing to remember is that brands are in business -- they're not charities or foundations."

And on the employee side, it means recognizing that while abortion is a political football to many, reproductive rights are core to the way most women -- especially young women -- view their economic value.

Sandra Day O'Connor said as much in the 1992 decision upholding Roe. "The ability of women to participate equally in the economic and social life of the Nation has been facilitated by their ability to control their reproductive lives," she wrote.

For those who believe that, SCOTUS' decision sets them (and their daughters) back 50 years.

Staying silent, says Haid, makes it seems like companies are just fine with that.

"Companies need to ask: 'Are we willing to walk the walk?'" As long as companies calculate the risk, losing some customers may win more from employees. "Principles only matter when they cost you something," says Haid. "You can't get away with trying to play both sides and come up the middle every time."