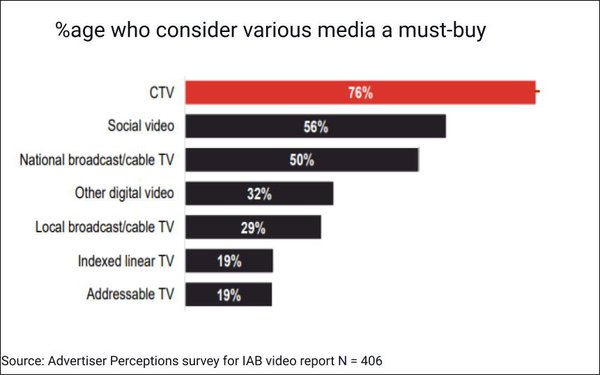 Now we have not one but two new surveys of advertising decision-makers that point up the gap between the benefits and promise of connected TV (CTV) and how much is actually being spent on the medium.

A survey of 150 buyers and marketers involved with digital CTV advertising decision making by Advertiser Perceptions and The Trade Desk (TTD) was highlighted here last week.

This week, the Interactive Advertising Bureau (IAB) released its 2021 Video Ad Spend and 2022 Outlook study, based on another survey by Advertiser Perceptions (this one with 406 executives who spent at least $1 million on advertising in 2021), plus agency media spend data from Standard Media Index (SMI).

As previously noted, among other positive indicators, the TTD-commissioned survey found 35% of CTV ad buyers saying they plan to increase their CTV allocation during this year’s event compared to last year’s, 61% planning to maintain the same level, and 4% planning to decrease it. 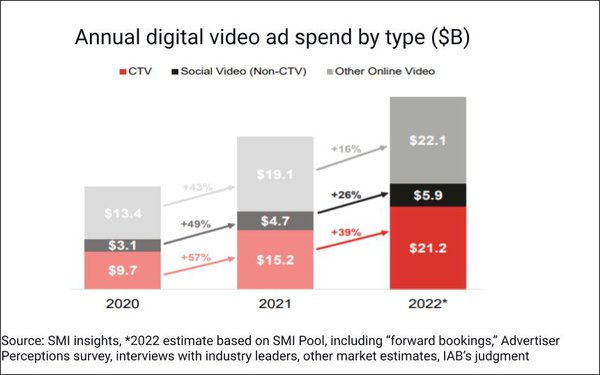 Further, this year, CTV will account for 36% of total time spent with linear TV and CTV combined. 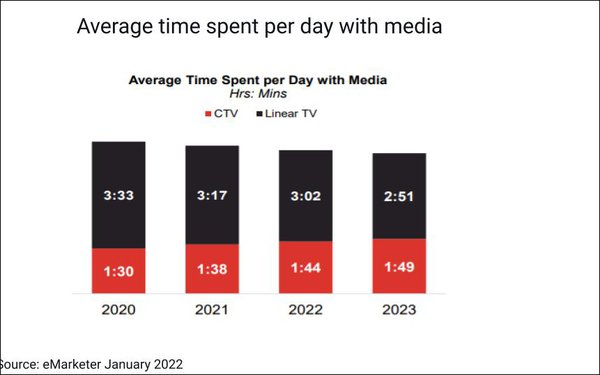 CTV ad spend growth is being driven by multiple factors. 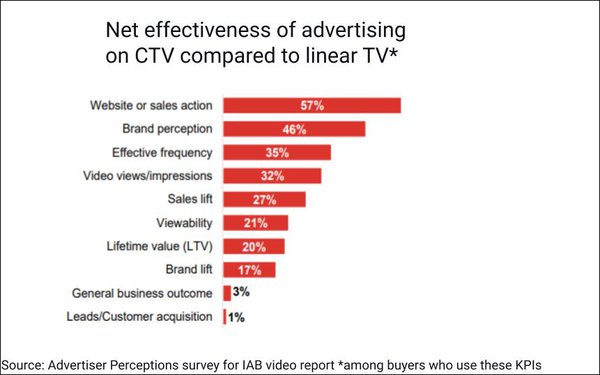 Compared to other digital video types, CTV provides more transparency into where ads run: 59% of buyers said they're “very clear” about where their CTV ads ran, versus only 50% and 43% for social video and other digital video, respectively. 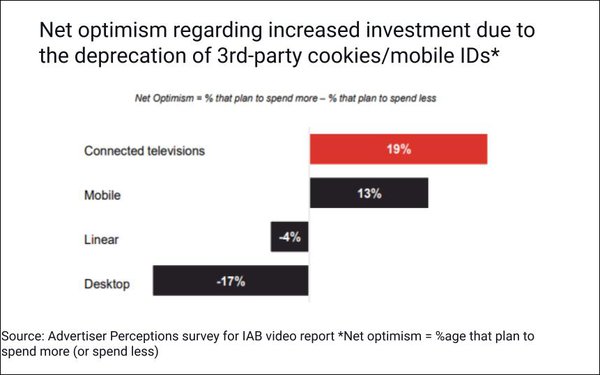 As a result of these benefits, 76% buyers say they consider CTV a "must buy," versus just 50% saying the same about national broadcast/cable TV (chart at top of page). And among the largest media spenders, fully 87% say CTV is a must buy.

But here's the kicker: The estimated CTV spend for this year amounts to just an 18% share of estimated total video ad spend -- far below CTV's 36% share of total consumer TV viewing time. 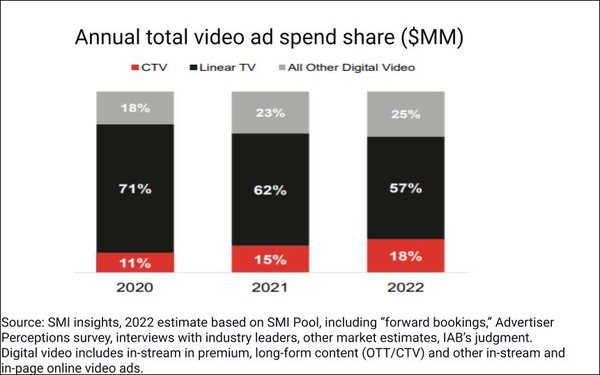 Why the gap between perception and behavior?

None of the reasons are new, but it's still useful to take a pulse on them at this stage.

As we'd expect, buyers' expressed reservations or concerns about CTV were similar in both recent surveys, although the options presented differed somewhat.

Here's a summary of their assessments of CTV's challenges versus linear TV's, from the TTD-commissioned survey: 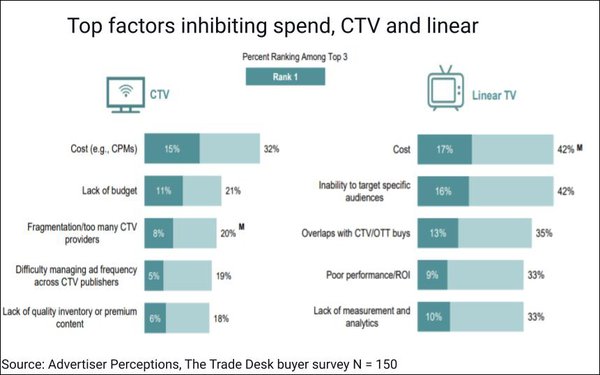 Respondents to the IAB-commissioned survey appear to give somewhat less emphasis to CTV's cost factor, and even more emphasis to issues relating to cross-platform measurement and transparency. 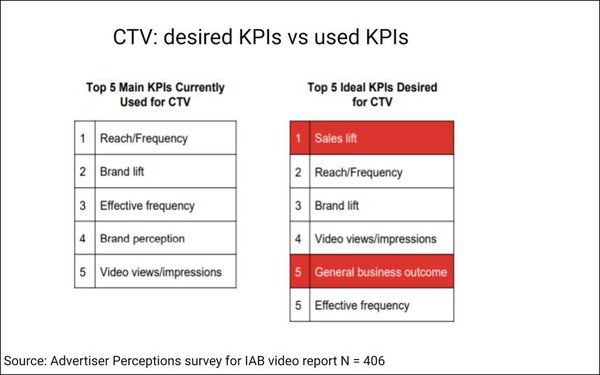 Buyers say they’re addressing CTV’s challenges in part by preparing for a converged linear TV/CTV marketplace — which 88% believe will happen (42% within the next two years, 46% longer than two years). Such a marketplace would presumably ease management of cross-platform and cross-channel video buys.

Two thirds (66%) of linear TV/digital video buyers now have a single planning team for the two channels, and another 25% expect to have one planning team in the future.

“Continued adoption and fine-tuning of emerging ad formats will help shift adoption towards CTV,” sums up the report. “Among users of emerging formats, influencer-based and shoppable are performing well across the funnel. These formats are ripe for CTV, as buyers express that CTV can deliver KPIs more effectively across the funnel than linear TV.”

More than half (52%) are trying to reduce ad fraud by increasing use of contextual signals to replace open exchange-based audience targeting.

The researchers stress that, for many emerging and established brands, “it’s time to right-size spend” to reach the growing number of consumers no longer watching traditional television.

They also suggest that more advertisers should use CTV not just for bottom-of-the-funnel performance campaigns, but for optimizing reach and frequency for branding against light TV viewers, and reaching audiences more precisely on a national or local basis.

They also caution against relying exclusively on legacy pricing models. “While broadcast/cable TV may appear less expensive in terms of hitting mass impression targets, the waste that comes with serving ads to unwanted audiences has become part of buyers’ standard calculations to move beyond ‘spray and pray,’” they note.