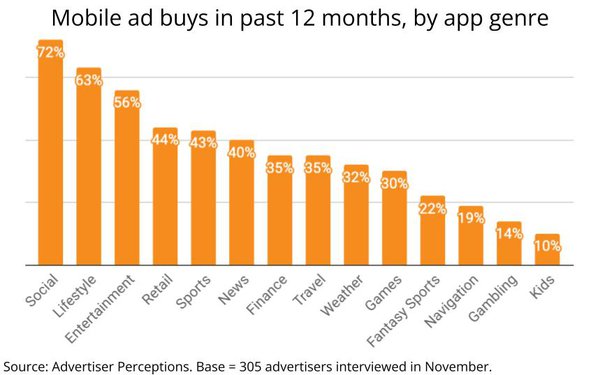 When it comes to demand for mobile ad buys, what's the killer app? Turns out, it's a lot like television.

That's the conclusion of Advertiser Perceptions' just-published Mobile Advertising Report, which interviewed more than 300 advertisers late last year and asked them what type of apps they advertise on most. According to the B2B researcher's findings, advertisers prefer targeting consumers in "laid-back mode," as opposed to the "lean-forward" orientation early generations of digital media were supposed to deliver.

If that sounds a lot like the so-called "couch potato" viewing experience advertisers have leaned into for much of the last century, Perrin says it's no coincidence, because those also happen to be the types of app genres that are most aligned with reach and effective targeting, especially the kind most associated with old-school TV: contextual.

In a related finding, the report also indicates that advertisers are re-embracing contextual targeting in light of Apple's deprecation of identity trackers, as well as an overall trend away from identity-based "behavioral targeting."

“Google plans a privacy-forward future for Android as well, so shifting app spending from iOS to Android is a temporary solution at best,” Perrin says, adding, “Advertisers should consider strategies that are built to last, including aligning with contextually relevant media and content they know their audience is interested in.” 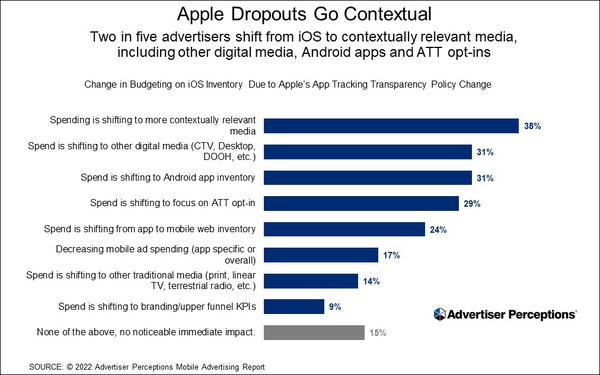