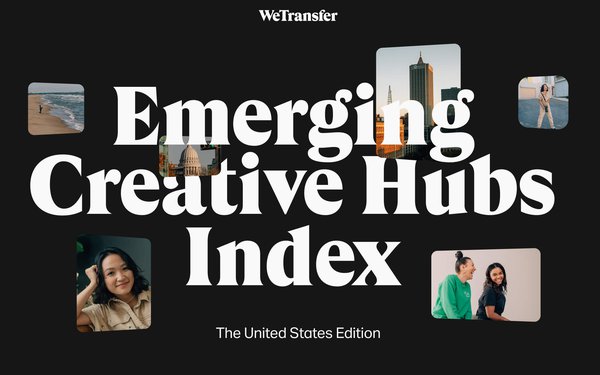 WeTransfer, a provider of digital creative productivity tools has unveiled a new index detailing what it says are the top 10 emerging creative cities in the U.S.

The company teamed with brand consultancy Triptk, part of Havas Creative on the project.

The firms evaluated numerous data sets including each city’s growth rate in creative jobs, revenue growth in the creative industry, the growth rate of new startups, and the diversity breakdown in each city.

WeTransfer merged this research with proprietary and anonymous data from its 87 million people using its service, who largely identify as creative to zero in on where the most creative work was taking place.

In addition to the Index, WeTransfer has launched the Emerging Creative Hubs Grant Program. This grant program will distribute $100,000 to nonprofit organizations working to support and empower the creative communities within Index cities.

WeTransfer is a certified B Corporation that positions itself as “on a mission to use business as a force for good.” As such, the firm says it is motivated to help these kinds of nonprofits reach their goals. Interested organizations will be able to apply for the grant program through a simple form on the Emerging Creative Hubs website.

Annie Malarkey, WeTransfer Brand and Products Communications Lead, said the main idea behind the project is to give “lesser-known creative cities the opportunity to be recognized for the hubs of creative life that they are.” And it provides a roadmap for creatives to live and work among their peers, she added.