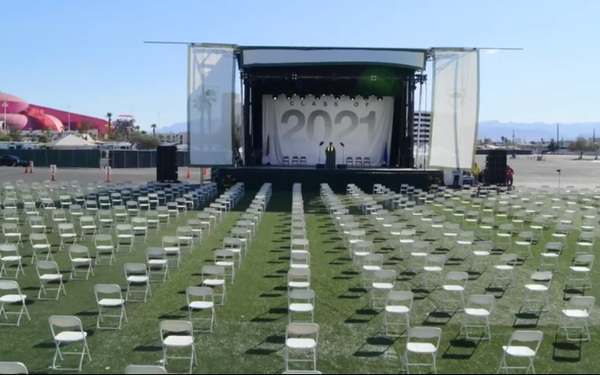 Leo Burnett Chicago was the top-scoring Gold Pencil winner in The One Show 2022, taking home 20 Golds, all for an emotional and haunting campaign about gun violence called the  “The Lost Class” on behalf of grass roots organization Change the Ref.

“The Lost Class” was the most-awarded One Show entry for the year, with a total of 20 Gold Pencils for Leo Burnett Chicago: three each in Direct Marketing, Experiential & Immersive, and Out of Home; two each in Design, Film, Public Relations, and Social Media, and one each in Creative Use of Data, Health & Wellness, and Moving Image Craft. In addition, the agency received four Silvers, five Bronze and seven Merits for the work. “The Lost Class” also earned Hungry Man Los Angeles a Silver Pencil and a Merit.

Nine One Show Gold Pencils were won by McCann Paris Neuilly-sur-Seine, all working with McCann Health London, McCann Worldgroup Germany Düsseldorf and Weber Shandwick Neuilly-sur-Seine for “The Bread Exam” on behalf of Spinneys and the Lebanese Breast Cancer Foundation.  Three of the Golds were in Direct Marketing, another three in Social Media, two in Public Relations, and one in Cultural Driver.

Africa São Paulo won eight Gold Pencils, four each for House of Lapland “Salla 2032” — two in Direct Marketing and one each in Integrated and Public Relations — and Folha de S.Paulo Newspaper “The Most Valuable News”, two in Design and one in Print.

Dentsu Webchutney Bengaluru won seven Gold Pencils, all for VICE World News “The Unfiltered History Tour”.  Also with seven Golds was TBWA\Paris Boulogne-Billancourt, including five working with \Else Boulogne-Bilancourtfor for “Only Keep the Best of France” on behalf of Le Chocolat des Français.

Tied with six One Show Gold Pencils were 180LA Los Angeles, all for Cox Communications “Drawn Closer”, Area 23 New York, including three for The Columbia Journalism Review “The Inevitable News”, and Publicis Italy Milan, all for Heineken “Shutter Ads”.

Special awards winners will be announced at the May 20 ceremony, including Best of Show, Best of Disciplines, CMO Pencil, Fusion Pencil, Green Pencil, Penta Pencil, Sustainable Development Goals Pencil, and “of the Year” winners.

The One Show awards are part of The One Club’s Creative Week. On Wednesday sibling organization, Art Directors Club presented its annual awards at a ceremony in New York City.

The One Show 20221 Global, Regional and Country Creative Rankings will be announced on May 23.