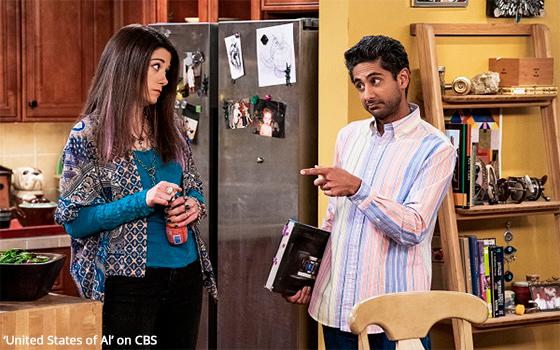 A number of TV shows cancelled this year lasted only a season or two, while others drew audiences sufficient for them to continue for anywhere from three seasons (CW’s "Batwoman") to 30 ("Maury").

With memories of the more short-lived of these still fresh, the TV Blog revisited the reviews published here on MediaPost that greeted their premieres not so long ago.

As critics often do, the TV Blog found fundamental flaws in two CBS sitcoms now on their way out.

Of "B Positive," the flaw was that the situation in this situation comedy was a man’s struggle with kidney failure and his efforts to persuade a mentally ill woman to give him one of her kidneys.

"As a foundation for comedy, this scenario presents a number of challenges that the show fails to overcome," wrote the TV Blog in November 2020. "Most importantly, how do you make renal failure funny?"

In a review of the CBS immigrant comedy "United States of Al" in March 2021, the TV Blog felt that the main character, a well-meaning Afghan (Adhir Kalyan, above photo right) who took up residence with a typical American family, tried so hard to be liked that he was grating, not charming.

"While watching the show, I wondered how soon this family will turn from welcoming him in their home to wishing he would leave," I wrote then.

Speaking of sitcom characters overselling themselves with exaggerated gestures and behaviors, this syndrome undermined "The Mayor" on NBC, starring Ted Danson as the mayor of Los Angeles.

“A number of the adult characters in the show are usually seen wringing their hands, complaining about their lives in sing-song voices and/or rolling their eyes,” wrote the TV Blog in January 2021. “They are teens in adults’ clothing.”

" 'Kenan' would appear to possess absolutely nothing that we have not seen before in a hundred TV sitcoms,” said a TV Blog in February 2021.

All four of the aforementioned sitcoms at least made it through two seasons before the end came. A number of one-season shows were not as fortunate.

These included the comedies “Pivoting” on Fox (which the TV Blog gave a thumbs-up last January), “How We Roll” on CBS (“a bowling sitcom that’s hard to pin down,” quipped the TV Blog) and “Pretty Smart” on Netflix, a sitcom about five young adults that played like a modern-day “Friends,” which Netflix happened to lose to rival HBO Max in 2020.

Dramas lasting a single season included the hospital drama “Good Sam” on CBS (“basically a show about an obnoxious bully”) and “Promised Land” on ABC, a prime-time soap set in a California vineyard (“the pilot gets an A+,” I wrote last January).

Others were “Naomi” on the CW (“The CW does it again with another incredibly crafted drama series for its young target audience of teens and young adults”) and “Endgame,” the super-villain drama on NBC (“while previewing this show, I struggled to choose just the right adjective to describe it -- ludicrous or hilarious”).