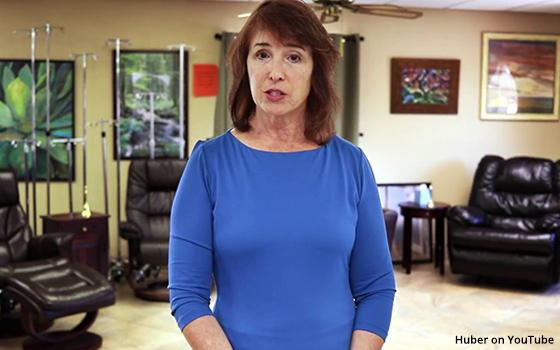 Huber sued Twitter, Biden and others last year, after Twitter suspended her for posting a quote from a news article critical of Pfizer's COVID-19 vaccine. She alleged the suspension was the result of a “conspiracy” between the White House and Twitter to violate her First Amendment right to speak her mind about vaccines.

U.S. District Court Judge Edward Chen in the Northern District of California threw out the case in March, noting that private companies such as Twitter aren't bound by the First Amendment's prohibition on censorship.

Huber had attempted to get around that general principle by arguing the account suspension reflected a partnership between Twitter and the government. Her complaint specifically referenced news reports about the White House's effort to work with social media companies to combat false information about the pandemic.

Chen rejected her argument on that point, writing: “The conclusion that Twitter did not suspend plaintiff’s account because of an alleged conspiracy with the White House, is corroborated by the fact that plaintiff violated Twitter’s Terms and Service and Twitter has provided a good and sufficient basis to suspend her account.”

Huber is now asking the 9th Circuit to reverse that ruling and reinstate her claims.

“This case, at its core, is a civil conspiracy between and among President Biden (and White House officials acting on his behalf) and Twitter to deprive Dr. Huber (and a class of citizens similarly situated) of their fundamental rights protected by the U.S. Constitution,” her lawyers argue.

“The purpose and effect of this conspiracy is to censor speech critical of COVID-19 vaccines on behalf of the government and to promote a governmental objective and policy,” they add. “This conspiracy converted Twitter from a private actor to a state actor and thus its censorship of Dr. Huber was unconstitutional.”

Huber isn't the only one asking the 9th Circuit to revive claims against a social media company over policies regarding health information.

A three-judge panel of the 9th Circuit heard arguments in that matter last week.