Dust From Vacuum Cleaner Buildup? It's 'In the Air Tonight,' Sings Phil Collins 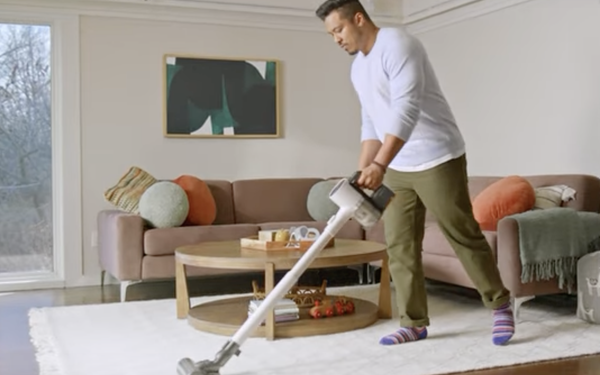 “I can feel it coming in the air tonight,” sings Phil Collins as airborne dust bothers a boy, mom and dog when dad empties a portable vacuum cleaner into the household garbage. “Oh Lord.”

Thus goes the first third of a :30 LG Electronics spot before the scene quickly gets happier, thanks to the “first stick vacuum that charges, stores and automatically empties the dust bin so you don’t have to.”

An integrated “Leave Dust in the Dust” marketing campaign for the vacuum, which does all its emptying via a docking station, also includes digital and social ads, digital out-of-home in New York’s Times Square, social media content and influencer marketing. The target audience is tech-forward millennials and Gen Z-ers, the brand told Marketing Daily.

Los Angeles-based The Woo Agency produced the campaign creative, while Ogilvy, LG’s agency of record, has rolled out an integrative PR strategy in support.

Officially called the “LG CordZero All in One Auto Empty Cordless Stick Vacuum,” the product was launched in October and sold D2C only by LG.com until expansion in May to major retailers like Amazon, Best Buy and Target and  lists for $999.