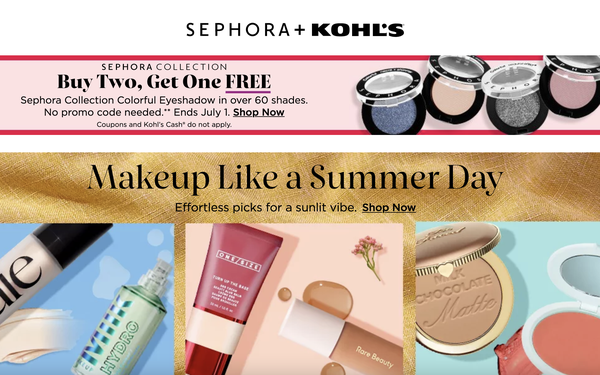 In the latest installment of “It’s hard to be a Middle American department store,” Kohl’s says it’s entered into exclusive buy-out negotiations with the Franchise Group.

The deal, which is by no means certain, would value the struggling retailer at about $8 billion -- significantly lower than a $9 billion offer it spurned a few months ago.

The Franchise Group is hardly a high-profile player. Its market-capitalization value is just $1.5 billion, and its other holdings include The Vitamin Shoppe, Buddy’s Home Furnishings and Pet Supplies Plus.

The Menomonee Falls, Wisconsin retailer says the three-week period will allow time for the Franchise Group to complete its due diligence and arrange financing for the $60 a share offer.

Swartz says Kohl’s has little to differentiate itself from brick-and-mortar or ecommerce competitors. The U.S. department store industry “has been declining for the past 15 years and may continue to do so.”

While the entire category has struggled, as consumers increasingly pursue specialty stores and online offers, higher-end stores, including Macy’s and Nordstrom, have fared better.

So have discounters, such as TJMaxx.

But middle-of-the-road retail brands have long been suffering, including the endless death spiral of Sears. JC Penney is also challenged. After emerging from bankruptcy in 2020, it now belongs to Simon Property Group and has been unable to regain relevance.

If successful, buying a company with $20 billion in annual sales would be a massive change for the Franchise Group.

It intends to pay the $8 billion price by borrowing $1 billion, then financing the rest using Kohl’s extensive real-estate holdings.

Given Kohl’s “subpar” first-quarter results, Swartz writes that “its board may believe that Franchise Group’s offer is the best option.

In many ways, Kohl’s is a sturdy company. It’s got 30 million loyalty program members and a relationship with Sephora, which attracts many customers. And by partnering with Amazon to offer package returns in all its stores, it hoped to generate more foot traffic.

But Swartz says fewer people are visiting its stores. “While its board and management team appear to prefer to keep Kohl’s as an independent public company, we think bids should be seriously considered -- especially as we do not share the company’s rosy long-term outlook.”

S&P Global Ratings put Kohl’s on a negative CreditWatch following the announcement, and says that if the deal goes through, it’s likely S&P would lower its ratings on Kohl’s.

The deal “would leave Kohl's more leveraged with less asset protection from its valuable real estate,” it says.

But even if this deal doesn’t go through, it says the next offer could be just as problematic. “We believe Kohl's could reconsider other bids that may also prove to be leveraging events.”

m&a, retail
1 comment about "On Sale Now: Kohl's, Marked Down To $8B".
Check to receive email when comments are posted.
Next story loading