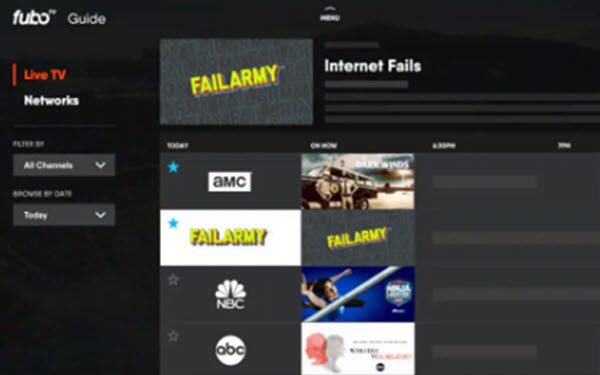 What does the publisher of one of the world’s oldest magazines, Reader’s Digest, have to offer a sports-centric virtual multiplatform video programming distributor (vMVPD) like FuboTV?

Combined, the TMB channels have logged more than nine billion minutes of watch time over the past year and have more than 250 million social media followers, according to the company.

The TMB channels are the latest contribution to FuboTV’s rapid expansion into ad-supported content as it looks to diversify its revenue sources.

It's added nearly 20 of those this year alone, with the goal of launching approximately 100 more by year’s end.

Given its focus on expensive-to-obtain sports programming, FuboTV clearly needs alternate revenue sources to reach profitability — and advertising hasn’t yet reached the scale to do the trick.

The FAST channels enable FuboTV “to expand our programming offering while keeping costs low for consumers,” said Chief Business Officer Henry Ahn. “These channels offer a wide range of sports, news and entertainment content that are a perfect complement to FuboTV’s premium channels.”

And the more channels, the more advertising inventory to sell, and the faster that revenue can be ramped up.

In the case of TMB, the content is particularly attractive, as it comes with virtually no licensing costs, Ahn has said.

But TMB — which since facing bankruptcy in 2013, has been transformed into a data-centric, mostly digital publisher whose growth is being driven by ecommerce — very much stands to benefit from expanded FAST distribution to audiences who are prospects for its its own products and advertisers'.

TMB, whose 16 brands include Taste of Home, Family Handyman, The Healthy, Birds & Bloom and Country in addition to Reader’s Digest, reported 110% YoY growth in EBITDA for U.S. operations in 2021.

Most of which was driven by a content commerce strategy, Jason Buhrmester, chief content officer for Reader’s Digest, told What’s New in Publishing (WNIP). “TMB realized early on that publishers are the new storefront, and it would need to tap into the full power of content commerce to drive relevancy among its core audience and advertising partners,” he said.

The publisher — which still has a significant print presence, including Reader’s Digest’s average circulation of 3 million — turned itself around by “completely overhauling [its digital] taxonomy to get higher-quality insights and better reporting; migrating to a new data management platform to gather more data at scale and get super precise about targeting; centralizing the data lake to create a holistic view of users and connecting the pipes for unification across all its brands; and strengthening email marketing strategies, which achieved 12%-plus annual growth each of the past few years to cross 1 million engaged email subscribers,” per WNIP.

In other words, an example of “legacy” media pushing aggressively into digital, including video/streaming, while also benefitting from the strengths of its traditional media — and smartly partnering with major OTT partners like FuboTV to take the overall strategy to the next level.