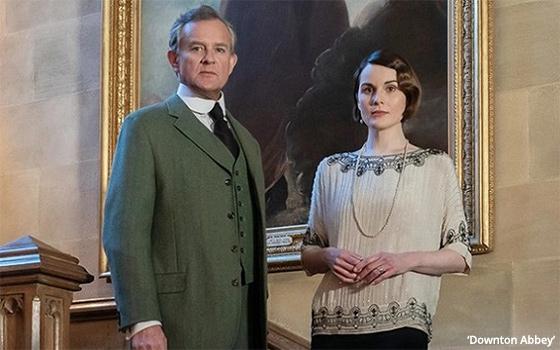 Long a staple of old-school PBS, “Downton Abbey” has been lured into the new world of streaming to become a Peacock showpiece.

The six seasons of “Downton” ran on PBS from 2011 to 2016 as part of public television’s “Masterpiece” series. It was the most-watched and possibly the most-beloved drama series in PBS history.

And now, six years after the series ended, “Downton” is ready to strut its stuff on Peacock. But can it draw as avid an audience on a streaming service as it attracted on a TV network that is readily available to just about everyone with a TV set?

The Peacock plan starts with “Downton Abbey: A New Era,” the second full-length “Downton” movie produced since the series ended that opened in theaters on May 20.

The movie starts an exclusive streaming run on Peacock on June 24, NBCU announced this week.

Also included in this Peacock “Downton” deal are all six seasons of the original series, the first “Downton Abbey” feature film from 2019, and the one-hour special “The Manners of Downton Abbey,” which was a “Masterpiece” documentary special about the making of “Downton” that was first seen in 2016.

All of these are streaming now on Peacock, said a press release from the streaming service.

But wait, there’s more. Peacock has also launched a streaming channel devoted exclusively to “Downton Abbey.” Few details about the channel were provided.

The relationship with NBCU represents a new era for “Downton,” which so many have associated only with public television ever since it first began its remarkable run on PBS in 2012.

NBCU’s Peacock deal for the original “Downton Abbey” episodes is reportedly for exclusive U.S. broadcast rights. PBS showed repeats of the show as recently as 2020.

One consequence of “Downton’s” move to the NBCU stable is that it has turned up in recent months in some surprising places.

One of them was E!, which aired the original series earlier this year, potentially sending “Downton” fans into shock as they beheld this PBS “Masterpiece” presented on the decidedly different E! channel.

In addition, the first “Downton Abbey” movie turned up on NBC prime time on Monday, May 16. The movie’s running time is two hours and two minutes, but it took up all three hours of NBC prime that evening (8-11 p.m. Eastern). The telecast, therefore, had 58 minutes of commercials.