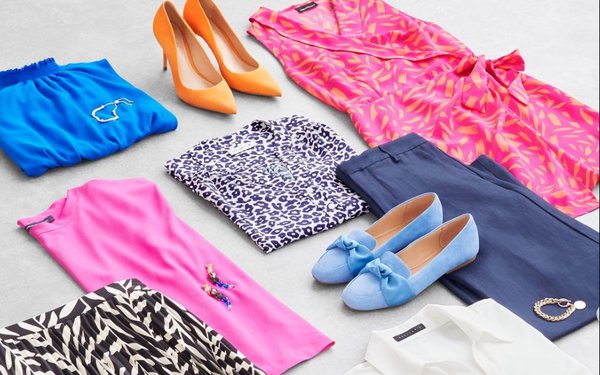 Stitch Fix is stumbling. After disappointing earnings and a gloomy forecast, the once-sizzling stylish tech brand took the shears to its workforce. Investors are stampeding for the exits. In early 2021, its market value touched $10 billion. At the moment? It's around $657 million.

Net revenue for its fiscal third quarter dropped 8% to $492.9 million, and the number of active clients declined by 5% to about 3.2 million. The company’s net loss swelled to $78 million, compared to a loss of $18.8 million in the comparable period last year.

Stitch Fix has been struggling for some time. Demand for its core offering -- a fashion "fix" chosen by human style advisors aided by AI -- is cooling. So last year it added Freestyle.

That feature enables people to browse and buy single items a la carte, as they would from any other apparel site. And while it's helped to boost sales, Freestyle's gains have been modest.

The company also revealed that it laid off 15% of its salaried positions, or about 4% of its workforce. It expects the move to save between $40 million and $60 million in the fiscal year 2023.

More concerning to observers, though, was the news that the company now expects sales to decline 15% in the next quarter, with a loss of up to $30 million.

Now, it's looking for yet another pivot.

"We know we still have work to do," says Stitch Fix CEO Elizabeth Spaulding in its announcement. "We strongly believe in our strategy of expanding our established Fix model through the addition of on-demand styling and shopping via Freestyle. Together, this powerful combination addresses the full continuum of personalized shopping needs."

Observers see reasons to be hopeful. ""There are signs of progress. The company continues to iterate its onboarding process following the initial rollout of Freestyle," writes Mark R. Altschwager, an analyst who follows the company for Baird. It’s also updating the site experience and unlocking some features for non-registered guests. And it continues to explore new marketing channels, increasing its spending on TikTok, YouTube and influencers.