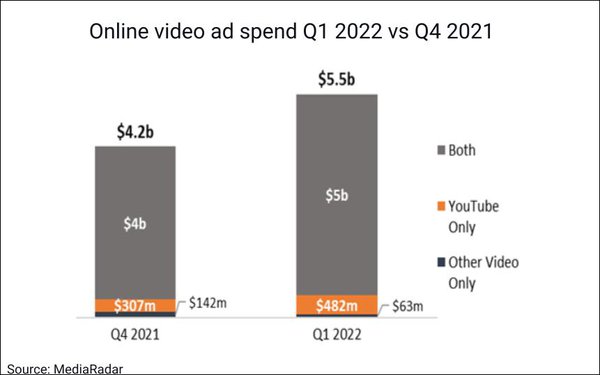 Spending on online YouTube video ads alone reached $482 million in this year’s first quarter — up 57%, from $307 million, in Q4 2021, according to a new analysis by MediaRadar.

MediaRadar’s sampling from traditional websites and YouTube shows (not including streaming video platforms or social media) found total online video ad spend across the platforms of $5.5 billion during Q1 — up 30% versus $4.2 billion in Q4.

Ad spending, including both YouTube and other online video, increased 31%, from $4 billion to $5 billion. However, video spend without YouTube spend was down 56%, from $142 million to $63 million. (Chart above.)

The analyzed data includes pre-roll, mid-roll and post-roll ads. It was collected from a panel of more than 2 million U.S. consumers, along with expanded virtual tracking from Jan.1, 2020 through March 31, 2022. 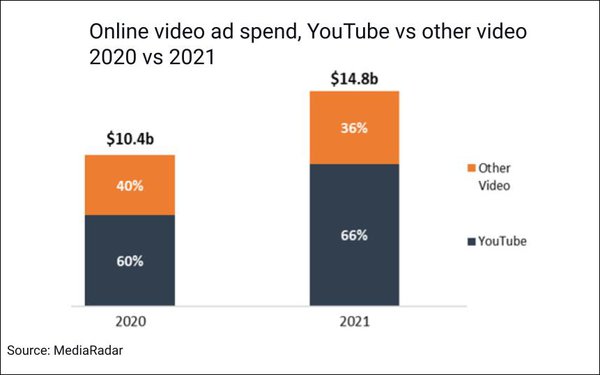 The number of advertisers buying only YouTube online video rose 55%, to more than 9,000 companies. Companies advertising on both non-YouTube and YouTube increased nearly 4,000, or 42%, versus Q4 2021. But those that bought only non-YouTube video platforms decreased 45%. 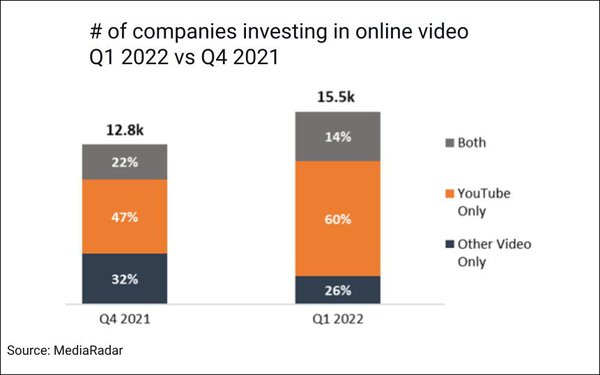 Looking at ad duration, fully 98% of ads on non-YouTube video platforms are 30 seconds or less, versus 83% of ads on YouTube. 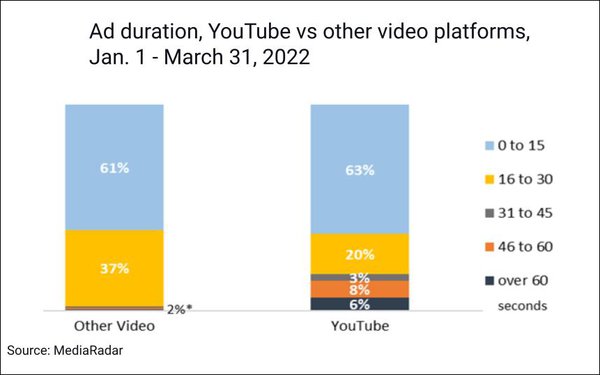 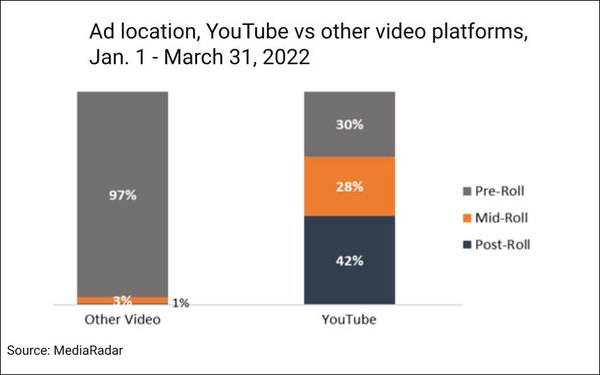