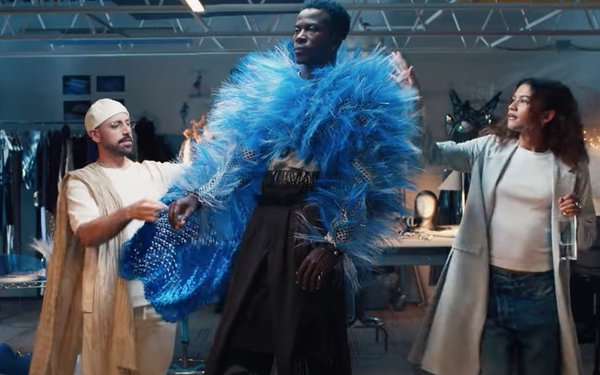 New campaigns for Coca-Cola Co. brands Smartwater and Vitaminwater are doubling down on the power of celebrity endorsers, while Crystal Geyser Alpine Spring Water prefers to let employees tout the benefits of bottling water near its source.

In this spot from VMLY&R and WPP/OpenX, Zendaya does little talking, but manages to inspire a fashion designer and a film director via subliminal communication.

According to Smartwater, 2.2 million Americans have no water at home and 44 million are served by water systems “that don’t function properly.”

For Vitaminwater, rap artist Lil Nas X is fronting the “Nourish Every You” campaign to the backdrop of his new song “Give Me One Chance.”

The campaign creative will encompass six flavor-inspired videos, the first of which, from Wieden & Kennedy New York, shows the rapper overcoming a moment of self-doubt while composing music in a studio.

“We felt his personality and approach was a perfect fit for this campaign narrative, as well as his strong appeal with Gen Z,” a Vitaminwater spokesperson tells Marketing Daily.

In conjunction with the campaign, Vitaminwater has just launched a channel on TikTok—only the second Coca-Cola Co. brand after Coke to do so.

“TikTok has a strong emphasis on music, which lends itself naturally to our campaign efforts, and it’s also a to-go social platform for our core audience,” the spokesperson adds.

Crystal Geyser Alpine Spring Water has never used celebrities in its advertising, preferring instead to have employees convey the brand’s “water-obsessed” storyline that began in 2020.

In the latest iteration, the creative takes viewers on the journey of a young girl whose father addresses her interest in “Where Does It Come From?” by taking her from a spring in California’s Shasta National Forest to a nearby bottling plant.

“This campaign is an invitation to CG Roxane’s consumers to see firsthand how we’re able to deliver the freshest, purest and best tasting water,” Ferchaud said in a news release.