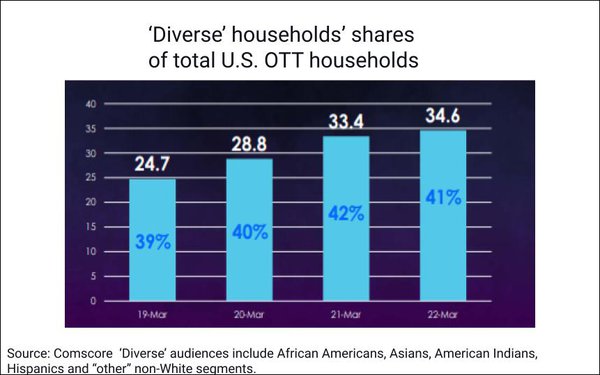 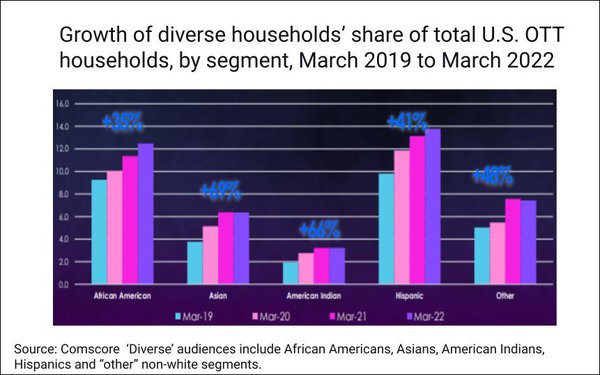 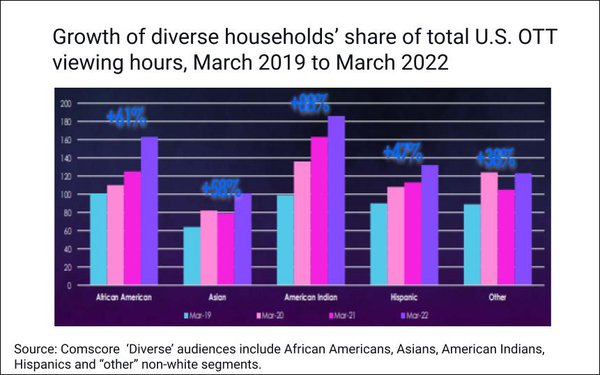 In terms of number of streaming services per household, African-American households average 6.3, and Hispanic households 5.6, versus the overall national average of 5.5.

Asian households are under the national average, at 4.9 services.

In terms of OTT viewing days per household per month, African-American, Hispanic and Asian households are at 23, 22 and 21 days, respectively — roughly on par with the national average of 22 days.

Across all U.S. audiences, total OTT households rose from 40 million to 47 million between March 2021 and March 2022, and total average connected TV viewing hours per month rose from 4.7 million to 5.4 million.