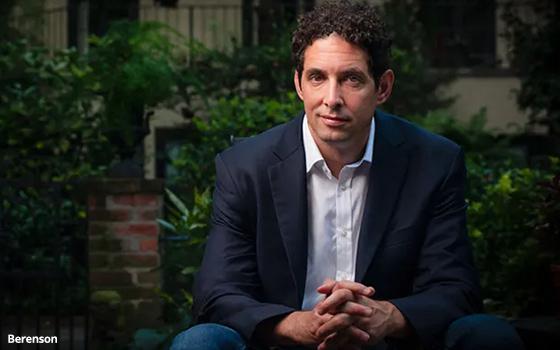 Twitter has agreed to settle a lawsuit brought by journalist Alex Berenson stemming from the company's decision to ban him over posts about vaccines, according to court filings made on Thursday.

News of the settlement comes two months after U.S. District Court Judge William Alsup in the Northern District of California ruled that Berenson could proceed with a claim that Twitter broke a promise to him.

If the deal is finalized, it will resolve a lawsuit brought by Berenson late last year, when he alleged that Twitter blocked him over posts related to COVID-19 vaccines -- including an August post opining that vaccines don't prevent “infection” or transmission” of the virus, but should be thought of as “therapeutics with a limited efficacy window.”

Among other claims, Berenson contended that Twitter violated his First Amendment right to free speech, and that the company broke its contract with him.

Alsup dismissed Berenson's free speech claim, ruling that only the government -- and not private companies like Twitter -- are bound by the First Amendment's prohibition on censorship. Alsup also said Twitter's editorial decisions were protected by Section 230 of the Communications Decency Act, which immunizes companies for suppressing posts.

But the judge allowed Berenson to move forward with a claim that Twitter broke its contract with him by allegedly violating an explicit promise made in March 2021 by Brandon Borrman, former vice president of global communication.

Borrman's alleged statement to Berenson came the same day that Twitter revised its COVID-19 policies by instituting a “five-strike” plan -- which involved notifying users about posts that violated the company's policies, suspending them, and ultimately banning them after their fifth strike.

Borrman allegedly told Berenson his name “has never come up in the discussions around these policies.”

Borrman added, “If it does I will try to ensure you’re given a heads up before an action is taken, but I am not always made aware of them before they’re executed. If something happens, please let me know,” according to the complaint.

Berenson argued that he was never warned about his account by Borrman, and that the tweets shouldn't have been considered strikes.

Alsup said Twitter's policy and Borrman's alleged statements, taken together, “plausibly qualify as a clear and unambiguous promise that Twitter would correctly apply its misinformation policy and try to give advance notice if it suspended plaintiff’s account.”