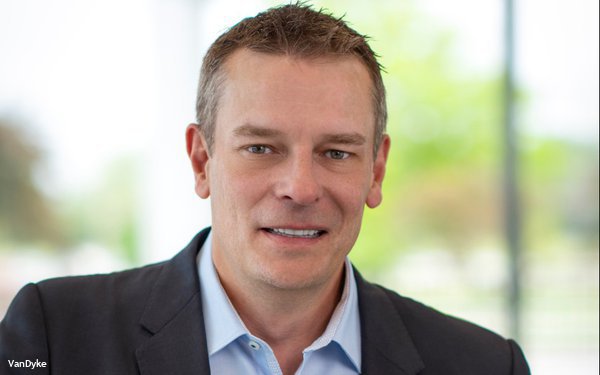 VanDyke, 49, who in total spent 14 years in various marketing positions throughout Ford, becomes president of Shift Digital, which has clients worldwide, including North America and Europe. VanDyke began his new job June 28.

VanDyke spent seven years on the board of directors at Ford Direct before taking the helm as CEO in January 2021.

Steve St. Andre, Shift Digital’s chairman and founder, was a member of the initial startup team that created Ford Direct. During his eight-year tenure there, he served as president and CEO, leading the company to profitability and growth while delivering 20% of Ford’s U.S. retail sales through the channel, according to his bio on Shift Digital's website.

While its technology was developed for the auto industry, it has expanded to other industries including travel, power sports, home building and healthcare.

Before his position at FordDirect, VanDyke spent almost 13 years in a string of marketing executive positions at Ford, lastly as director of U.S. marketing. It was in that position that VanDyke presided over an amazing body of work that earned him MediaPost’s Automotive Marketer of the Year award for 2021.

His other marketing roles at Ford included Ford Europe’s vice president of marketing and Lincoln’s director of global marketing, sales and service.

Before joining Ford in 2008, VanDyke served as group account director at Team One for nearly eight years.

“Consumer purchasing habits are dramatically changing as more individuals embrace the digital buying experience, and it is critical that automakers and dealers deliver an exceptional consumer experience at the brand level and dealers’ individual sites,” VanDyke said in a press release. “The opportunity to join Shift Digital enables me to expand my knowledge and impact more brands and retailers as the industry goes through this digital evolution.”

Replacing VanDyke as CEO at Ford Direct is Dean Stoneley, who moves from general manager of Ford North America Truck. He was previously president of Ford of Canada.