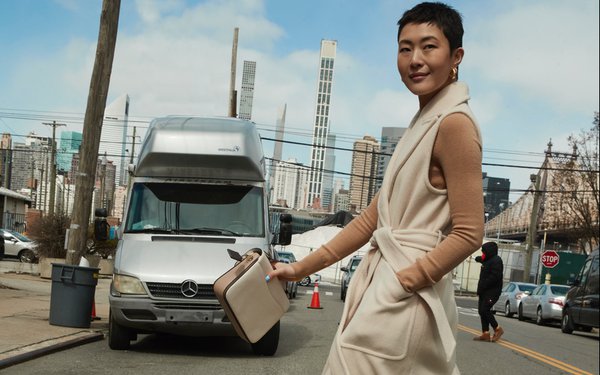 Americans are in the mood to get dressed again, whether they're traveling, heading back to events or just going to work. Sales of both dresses and men's sportscoats are up sharply compared to a year ago. And other recent reports indicate considerable strength in the apparel business, even as consumers face challenging prices in supermarkets and gas stations.

Revenues from U.S. dress sales in the January-through-May period jumped 42%, year over year, reports the NPD Group. That's also a 14% increase from the comparable period in 2019, before the pandemic canceled many weddings, proms and nights on the town.

Roughly a third of those purchases are for an evening or special occasion, with 14% planning on attending a wedding.

The Port Washington, New York market research company says men are also putting on the dog, with sportscoat revenue up 32% versus last year. Those sales are also higher than in 2019. Men's suit sales, however, have yet to recover.

For women, high heels and dress footwear are gaining market share, as are evening bags. Conversely, men are going increasingly casual, with about a third of dress footwear sales having a sneaker-bottom style, compared to just 20% in the pre-pandemic period.

The shift is evident in the brands and styles starring in Nordstrom's promotions for its upcoming anniversary sale, as well as Amazon and other apparel leaders. Macy's noted renewed strength in dresses in its most recent results. And Kohl's made them a focus of this season’s marketing.

In a recent note on the apparel sector, Gabriella Carbone, who follows apparel for Deutsche Bank, writes that she is "cautiously optimistic" about clothing sales.

Based on reports from such companies as Ralph Lauren, VFC Corp., which owns Vans and the North Face, and Skechers, consumer spending remains resilient, despite economic challenges.

"While we expect ongoing market volatility," especially in discretionary consumer spending, "we walk away incrementally positive on our apparel/ footwear manufactures given solid demand trends, an improving supply chain, and the companies' diversified channel and geographic mix," according to Carbone.