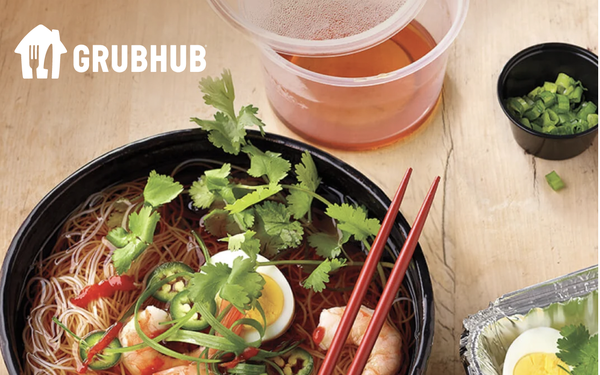 Announced today, the deal between Amazon and Grubhub comes amid speculation that Just Eat Takeway has been considering jettisoning the company it acquired last year in a stock transaction then valued at $7.3 billion.

It also comes in the walkup to next week’s annual Prime Day extravaganza.

Starting now, Prime members can avoid food-delivery fees on orders of more than $12 in more than 4,000 cities with a free membership in Grubhub+, which typically costs $9.99 monthly.

Just Eat Takeaway said it isn’t expecting an immediate, positive financial boost from the Amazon hookup, which it said will have “a neutral impact” on Grubhub's 2022 earnings and cash flow.

Beyond complementing Amazon Prime’s member benefits beyond the company’s Whole Foods Market unit, a subsidiary of Amazon will receive warrants for 2% of Grubhub’s common shares and the potential for 13% more.

Vesting of the additional 13% is subject to “the satisfaction of certain performance conditions, principally the number of new consumers delivered through the commercial agreement,” according to Just Eat Takeaway.

The agreement automatically renews each year unless terminated by Amazon or Grubhub.

Meanwhile, Just Eat Takeway said that it “continues to actively explore the partial or full sale of Grubhub.”

In the first quarter of 2022, Grubhub orders in North America declined 5% to 89.6 million.

One week ago, the stock of Amsterdam-based Just Eat Takeway—which reported a loss of more than 1 billion euros in 2021—fell to a historic low amid speculation about Grubhub’s future.

Formerly #1 in online food takeout orders, Grubhub now has a 14% market share behind DoorDash’s 59% and Uber Eats' 27%, according to Bank of America data cited by The Wall Street Journal.

Over the past five years, Grubhub has lost ground in major cities like New York, where a major consumer promotion in May backfired spectacularly.

The company offered a free lunch valued at $15 for a three-hour period—only to swamp its restaurant partners with orders and cause a backlog that soured many customers, as reported by BuzzFeed.