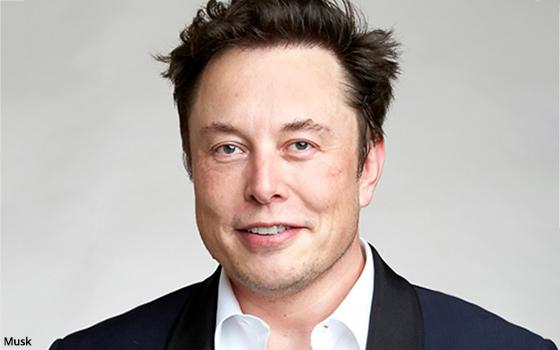 On Friday, Tesla CEO Elon Musk officially withdrew his $44 billion bid to buy Twitter on the basis that the social media company did not follow through with what was originally agreed.

In a letter to Twitter, Musk’s lawyers wrote: “Mr Musk is terminating the merger agreement because Twitter is in material breach of multiple provisions of that agreement, appears to have made false and misleading representations upon which Mr. Musk relied when entering into the merger agreement, and is likely to suffer a Company Material Adverse Effect.”

For weeks now, Musk has been publicly concerned that there are a surplus of unreported spam bots operating on Twitter’s platform, and on Friday Musk’s lawyer wrote that Twitter has “not complied with its contractual obligations” to give enough data to Musk.

The letter continues: “For nearly two months, Mr. Musk has sought the data and information necessary to 'make an independent assessment' of the prevalence of fake or spam accounts on Twitter’s platform. This information is fundamental to Twitter’s business and financial performance and is necessary to consummate the transactions contemplated by the Merger Agreement."

It continues: “Twitter has failed or refused to provide this information.

Sometimes Twitter has ignored Mr. Musk’s requests, sometimes it has rejected them for reasons that appear to be unjustified, and sometimes it has claimed to comply while giving Mr. Musk incomplete or unusable information.”

Twitter has continuously said it has shared enough information with Musk and has been cooperative in moving to close the original deal.

After Musk officially rescinded his offer on Friday, Twitter said it planned to sue Musk (with a $1 billion break-up fee) to complete the $44 billion merger and was “confident” it would be successful.

According to The Guardian, Twitter also has the option of seeking “specific performance,” which would allow the board to ask a court to urge Musk to complete the merger under the originally agreed terms.

“The Twitter Board is committed to closing the transaction on the price and terms agreed upon with Mr. Musk and plans to pursue legal action to enforce the merger agreement,” Twitter board chair Bret Taylor said in a tweet Friday. “We are confident we will prevail in the Delaware Court of Chancery.”

Immediately after the news of Musk’s pull-out from the deal, Twitter shares fell nearly 6% in after-hours trading, while Tesla stock gained over 1%.

As of Saturday, Twitter stock is down nearly 30% since Musk first announced its acquisition of Twitter –– a much lower value than Musk’s $54.20-per-share offer.

The declining price may be another reason that Musk wants to kill the deal.