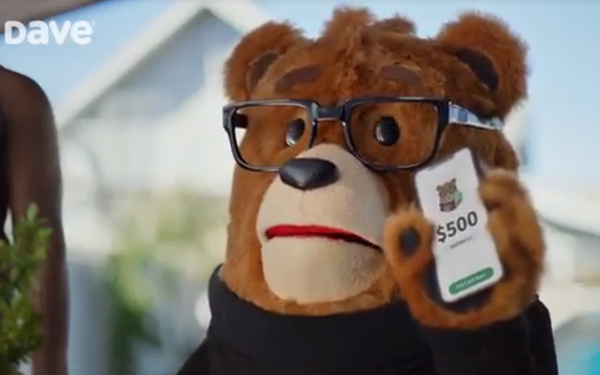 Funworks, the Oakland, CA-based agency that bills itself as part creative shop and part consultancy, has launched a new campaign for online banking app Dave. The agency won the account earlier this year after a competitive pitch.

Dave.com positions itself as an “approachable financial platform” for “average people,” which now serves 10 million members with tailored banking, financial insights, overdraft protection, and more. (The platform’s mascot is a bear named Dave.)

One spot in the campaign promotes the platform’s new ExtraCash program that lets members get and spend up to $500 instantly and build credit by paying the money back on time. The service is promoted as having no interest, credit check or late fees.