Parents Cut Back Anywhere, But Not Back-To-School 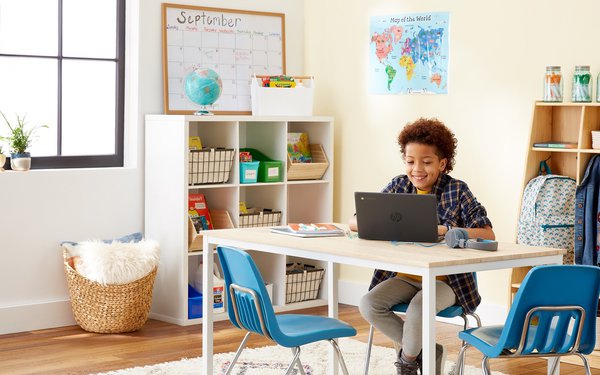 As inflation fears follow U.S. parents to the mall this year, families are making conscious adjustments to their budgets to accommodate back-to-school shopping.

That may mean working extra hours or cutting elsewhere, “but they are protecting and prioritizing back-to-school spending,” says Katherine Cullen, the National Retail Federation’s senior director for industry and consumer insights.

In a webinar to present its latest spending data, she says that while consumers feel pressure, back-to-school spending has become an essential part of family spending, not discretionary.

“Kids grow every year. They need new clothes. School supplies have to be replenished,” she says. And electronics are seen as part of those needs.

Cullen’s remarks follow the release of the NRF’s annual back-to-school spending forecast, which predicts the total will be $37 billion, even with last year. Those with kids in elementary through high school plan to spend an average of $864 on school items, up $15 from the previous year. And it continues to be dramatically higher than pre-pandemic levels and about $168 higher than in 2019.

While part of that increase is due to inflation, which began pushing 40-year highs last year, the NRF says it cannot say how much. Inflation has replaced COVID-19 as shoppers’ primary concern.

It expects back-to-college spending to rise sharply, to $74 billion from $71 billion last year, which was also a record. Those students expect to spend $1,199 on college or university items, about $223 more per student than in 2019. Roughly half of this growth comes from electronics, dorm or apartment furnishings.

Cullen says the number of college students who plan to live at home is the lowest since the pandemic started.

The NRF says that among households earning less than $50,000 a year, nearly half are cutting back in other areas to protect the BTS budget. Among higher-income families, about one-third say they are also cutting back.

Among the tactics? Working additional hours and looking harder for deals. About 81% of those in the survey intended to shop during recent sales events, including Amazon’s Prime Day and special promotions at Target and Best Buy.
back-to-school, children, economy, research
Next story loading