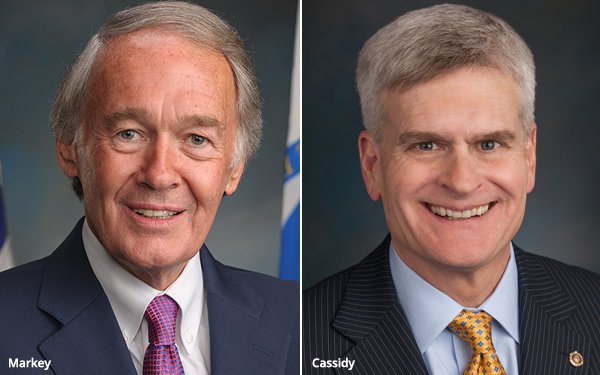 The Senate Commerce Committee on Wednesday advanced two bills that could affect how tech platforms display content and ads to teens.

One measure is the Children and Teens’ Online Privacy Protection Act, introduced last year by Senators Ed Markey (D-Massachusetts) and Bill Cassidy (R-Louisiana). It would prohibit websites and apps from collecting personal information -- including data stored on cookies, device identifiers and other pseudonymous information used for ad targeting -- from teens between the ages of 13 and 15, without first obtaining their explicit consent.

The bill, which advanced by a voice vote, would also ban targeted marketing to children younger than 13, and would require tech companies to allow users to delete personal information from users under the age of 17.

The bill -- approved in committee on Wednesday -- would also impose liability if websites and apps have “constructive knowledge” (meaning they should know) that their products are used by children under 13, but collect data anyway.

Senator Roger Wicker (R-Mississippi) opposed the bill, saying he favors the bipartisan American Data Privacy Protection Act -- which advanced out of a House committee last week, but has yet to receive a hearing in the Senate.

That bill would impose broad curbs on data collection and use, including a complete ban on targeted advertising to users under 17.

The second bill to advance -- the Kids Online Safety Act, introduced earlier this year by Senators Richard Blumenthal (D-Connecticut) and Marsha Blackburn (R-Tennessee) --  would require companies to act in the best interest of users under the age of 16.

Among a broad array of provisions, the bill would require online companies to prevent “promotion of self-harm, suicide, eating disorders, substance abuse, and other matters that pose a risk to physical and mental health of a minor."

The measure would also require companies to give parents of users under 16, as well as those users, new tools to filter content and to opt out of recommendation algorithms as well as features like auto-play.

Fairplay and dozens of other children's advocacy groups supported both measures, arguing that they would promote the well-being of children and teens online.

The bill “could result in loss of access to information that a vast majority of people would agree is not dangerous, but is under political attack,” the organization wrote earlier this year.