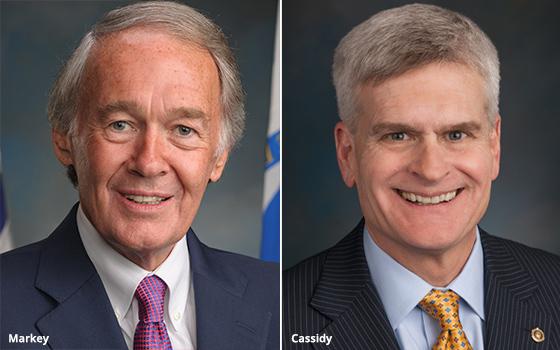 A bipartisan bill introduced Tuesday would restrict online companies' ability to use behavioral targeting techniques on users younger than 16.

The Children and Teens’ Online Privacy Protection Act, introduced by Sens. Ed Markey (D-Massachusetts) and Bill Cassidy (R-Louisiana), would specifically prohibit websites and apps from collecting personal information -- including IP addresses, device identifiers and other data that can be connected to specific devices -- from teens between the ages of 13 and 15 without first obtaining their explicit consent.

“It’s time for Congress to swiftly put in place strict safeguards that stop these powerful platforms from tracking young people at every turn in the online ecosystem,” Markey stated Tuesday.

The bill would also prohibit online companies from using behavioral-advertising techniques -- such as serving ads based on unique identifiers, as well as what the lawmakers call “psychological profiles” -- on users the companies have reason to believe are under 13.

A dozen advocacy groups, including the American Academy of Pediatrics, Center for Digital Democracy, Campaign for a Commercial Free Childhood, Consumer Federation of America and the Public Health Institute, are backing the proposed measure.

The bill introduced Tuesday would revise that law by prohibiting companies from collecting data when they “should reasonably know” that their sites or apps are used by children.

The new proposal would also require companies to create an “eraser button,” which would allow people to delete data from a child or teen, when feasible.

Other provisions include requirements that online companies explain their data policies, and that internet connected devices for children meet cyber security standards.