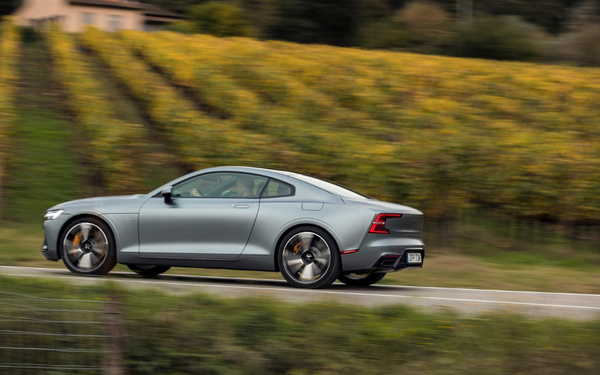 A majority of U.S electric vehicle owners purchased the vehicles for reasons other than being concerned about the environment.

In-vehicle technology, seamless connectivity and infotainment system offerings are what attracted 55% of purchasers to EVs instead of an internal-combustion vehicle, per research from premium EV maker Polestar, which commissioned a third-party survey fielded earlier this year with more than 5,000 electric and internal combustion drivers across all 50 U.S. states.

Generational differences affect rationales for electric car purchase. Notably, almost half of respondents are open to buying an electric car from a new brand, many more than with a gasoline-powered vehicle.

Despite eco-consciousness not necessarily being a driving factor for over half of respondents, younger drivers are also much more concerned with appearing environmentally conscious compared to their older counterparts.

For Gen Z respondents (ages 18-24), image is a big factor, with 12% saying it would be the most important consideration when choosing an electric car compared to an internal-combustion vehicle. That's twice as many as millennials (ages 25-41), and more than three times as many baby boomers (ages 57-74).

Fifty-seven percent of millennials (ages 25 to 40) are confident in new electric car brands, compared to only 28% of baby boomers (ages 57 to 75). Nearly half (46%) of all respondents are more open to new brands and start-ups such as Polestar when it comes to purchasing an electric car.