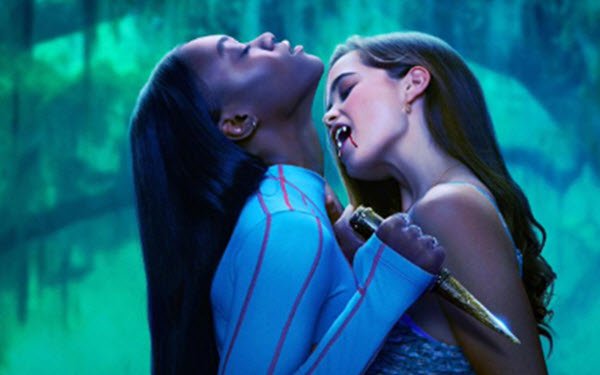 In another example of how tough it is for streamers to satisfy key audience segments while adhering to the heightened financial discipline now being demanded by investors, Netflix has angered a good many teens by cancelling the teen vampire series “First Kill” after one season.

U.S. searches related to cancelling Netflix leapt in the 24 hours after Deadline broke the cancellation news on Aug. 2, according to an analysis by Jeffbet.com.

Searches for terms such as “How to cancel my Netflix account” were up by 200%, along with a 250% increase in searches relating to queries about “why Netflix cancels good shows.”

Last night (Aug. 3), the hastags #cancelNetflix and #SaveFirstKill were also trending, appearing in 7,421 and 13,000-plus tweets, respectively, Jeffbet reports.

Released June 10, “First Kill” peaked at No. 3 on Netflix’s English-language top-10 list in its first full week, at 48.8 million viewing hours — behind only “Stranger Things” Season 4 and “Peaky Blinders” Season 6. It spent a second week in Netflix’s top 10 before falling off. In total, it pulled more than 100 million viewing hours in the first 28 days after its release.

Fans of the show argued on social media that it made no sense for Netflix to cancel “First Kill” while announcing two more seasons for the LGBTQ teen series “Heartstopper,” which pulled significantly lower viewing numbers (14.5 million hours and 23.9 million hours in its first and second weeks, respectively).

Netflix has not commented on the “First Kill” cancellation, but sources told Deadline that the series — which had eight hours in its first season, to “Heartstopper”’s four hours — failed to meet both completion and viewing thresholds.

As a genre series, “First Kill” was likely also more expensive to produce.