What The Spectrum 'Dancing Guy' Commercial Says About Us 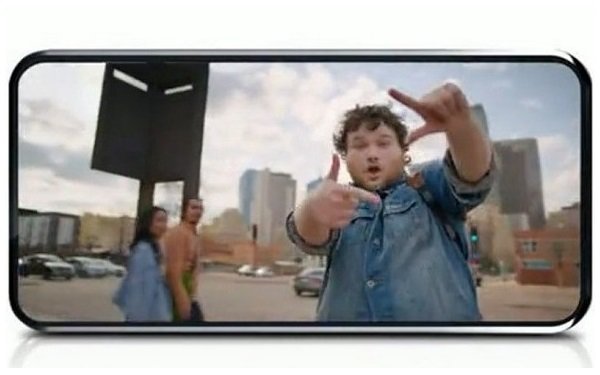 A man starts dancing spontaneously on a street corner in Any City, USA, and in the space of 60 seconds becomes a viral-video sensation.

Welcome to the world we live in. The exuberant dancing man (seen in the picture above) is the “star” of a one-minute commercial for Spectrum Mobile.

It has been aired so often in recent weeks that it would be difficult to find anyone who has not seen it.

In the spot, an unseen person, or the man himself, records him on a smart phone and posts it somewhere.

Before you know it, everybody’s recording themselves doing the dance. In the commercial, these include a pair of young women, a man in a Day-Glo vest who appears to be managing traffic, a house full of party guests doing the dance as pizza is delivered, and a small boy in a kitchen with his mother.

The commercial’s theme is “Plenty of reasons to celebrate.” It is attributed to OMD Worldwide. The spot positions enjoying viral videos as one of the benefits of signing up with Spectrum Mobile for $29.99.

Three other benefits suggested in the spot are Spectrum Mobile’s GPS capability, the fast availability of music (the catalyst for the man’s dancing), and the ability to order pizza. These are benefits common to all mobile services.

The commercial crams a lot of information and imagery into its 60-second running time. I did not even fully understand it until I had seen it a number of times.

This might be because my iPhone is not the center of my world, as it is for so many. I have never been caught up in a viral-video craze and I have never ordered pizza on my phone. However, I love GPS and use it all the time because my car is old and has none.

But if this spot does not speak my language, it succeeds in speaking everyone else’s. Ever since I put all the pieces of this spot together and finally understood it, I have been fascinated by the way it synthesizes so much of today’s lifestyles, habits and interests in just one minute.

For me, it demonstrates how quickly people today grasp for instant entertainment gratification. The spot implies that people long to be members of a “community,” even one like this one -- a nation of people participating in a dance craze that will be here today and gone tomorrow.

Another thing that strikes me about the spot: The dancing guy is not even a particularly good dancer. In an earlier era, a man dancing on a street corner might have been seen as eccentric at best and, at worst, insane.

When I encounter this commercial now, I am also struck by the contrast between this devil-may-care, fun-all-the-time commercial with most of the other content on TV that surrounds it -- most notably, the news of the day.

There’s a war in Ukraine, tension with China, inflation, record heat, raging forest fires, disunity in our politics and our communities, mass shootings, crime on the streets and heaven knows what else.

As in previous eras when life on planet earth seemed dangerous, incomprehensible and out of control, people sought escapes in things like movies, TV and medication.

In a way, a viral video of some guy dancing serves the same purpose today, if only for a few minutes.