Peering Into Netflix's Ad-Supported Future: So Many Questions 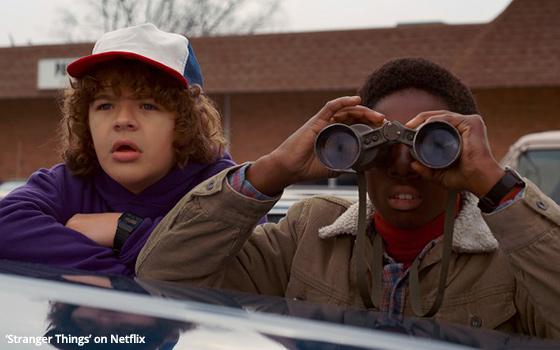 Change is in the air at Netflix as the streaming-first company seeks to build a lower-priced subscription tier supported by advertising after pooh-poohing the ad-supported TV model for years.

With that in mind, here are a couple of questions:

Question No. 1: Why? The reasons seem pretty obvious. Subscription growth has stalled, but the company’s annual commitment to investing billions in new and licensed content -- projected to top out at an estimated $17 billion this year -- has not.

Thus, the company could use a fresh, new revenue stream. So why not advertising? Everybody else does it, so why shouldn’t Netflix?

Netflix has 221 million global subscribers. That’s a precious resource with loads of untapped revenue potential from advertising. Seen in that light, Netflix would be crazy not to launch an advertising business.

Question No. 2: How will the ads run? Netflix has no experience with commercial placement, but it is not really that difficult to figure out.

Commercials can come at the beginning or end of shows, or in them. Maybe the model is YouTube, which runs a spot or two before the videos begin -- some skippable and some not.

Commercials at the end of Netflix shows could be problematic, however. They would interfere with one of Netflix’s key features -- the seamless “countdown” and transition to the next episode. Maybe that won’t be part of the new tier, however.

For Netflix, running commercials during original content such as “Stranger Things” (pictured above) would be disruptive because that show and hundreds of others produced for streaming are simply not built with the capacity for “natural” breaks in the manner of network shows.

This never seems to stop basic cable channels and, increasingly, the old networks themselves from breaking into their own shows for commercials, whether an actual “break” exists or not.

But Netflix still has to be a careful steward of the way it mounts and presents its shows -- at least for now.

In-program commercials might work better for Netflix within the off-network content it licenses because, generally speaking, those shows were designed for commercial breaks.

The broadcast and cable networks all run commercials during their own shows that they make available on their own ad-supported web sites. Netflix could just do something like that.

If the evolution of advertising on TV -- particularly on basic cable -- is any indication, Netflix will eventually load up the shows on its ad-supported tier with commercials without regard to the disruptions they will cause. This is the nature of the beast.

Question No. 3: What about data? Netflix has not exactly been a big sharer of viewership data because it hasn’t really had to.

Now, though, Netflix is entering a business in which data plays a more important role than ever before.

Prospective clients will demand data. What good does a 221 million sub count do us? Who’s watching, how many of them are there, where are they, what are they like?

For that matter, how does Netflix quantify its viewership in the first place? Minutes spent watching? Episodes binged? Time spent on the home page grazing?

Another question: Will Netflix viewership and demographic data eventually come to resemble the kind of data the rest of ad-supported television uses? Or will Netflix have its own qualitative and quantitative stories to tell?

Question No. 4: Will shows be more disposable on Netflix now that they will be subject to their own expense-to-revenue ratios?

Or to put it another way, will Netflix, at least on its ad-supported tier, now be in the business of cancelling shows that do not meet the company’s audience and ad-revenue goals?

Netflix does jettison some shows today based on whatever metric the company uses to measure subscriber interest in them.

But considering a show’s value as a generator of ad revenue, weighed against the cost of producing it, is a whole different ballgame.

It has the potential to change the way Netflix manages its content, both original and licensed. Shows (and their audiences) will begin to be looked at for their attractiveness to advertisers and ability to make money.

But at the same time, Netflix must continue to fill its pipeline constantly with new, prestige content, regardless of ad-revenue potential, to satisfy subscriber expectations and retain them.

So many questions ...  But the answers will come early next year, which is when Netflix says its new ad-supported tier will make its debut.

advertising, digital, netflix, streaming, television
1 comment about "Peering Into Netflix's Ad-Supported Future: So Many Questions".
Check to receive email when comments are posted.
Next story loading