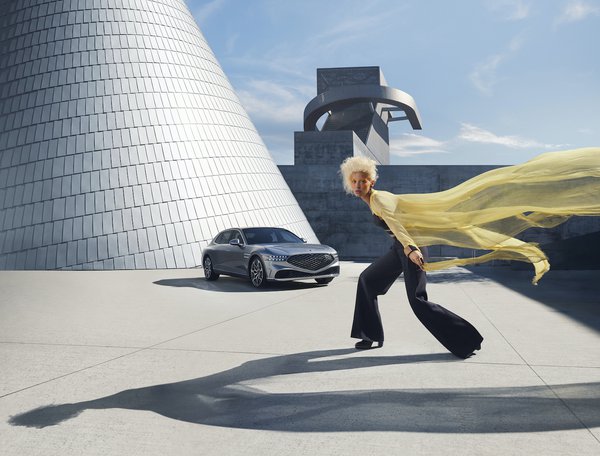 The luxury automotive brand, which is part of Hyundai Motor Group, also is collaborating with New York-based fashion label Monse.

The plans for New York Fashion Week, which is Sept. 9-14, were announced Wednesday night at an event held at Genesis House, the brand’s distinctly Korean oasis in the heart of New York.

The event was a celebration of the design and craftsmanship of the brand’s flagship sedan, the 2023 G90, which is now arriving at dealerships to satisfy pre-orders.

Also on tap is a campaign to introduce customers to the brand.

Themed “Make Your Mark,” it targets individuals who appreciate the finer things on their own terms. The campaign will focus on fashion and design as passion points for the brand and its customers, says Wendy Orthman, executive director of marketing at Genesis Motor America.

The event celebrates “the inspirations and intersections of our passion for mobility design with the worlds of fashion,” she adds.

The campaign includes a full-page takeover of its U.S. Instagram page, featuring the 2023 G90 and campaign visuals.

The brand also announced a partnership with Vogue where Genesis will be featured in the September and October editions of the magazine with ad placements in addition to digital, social media, and podcast sponsorships.

Additionally, Genesis announced a partnership with Monse, a New York-based fashion label.  Genesis will release additional details on the partnership throughout the coming months.