Psychedelics: A Long, Strange Trip Is Getting Shorter 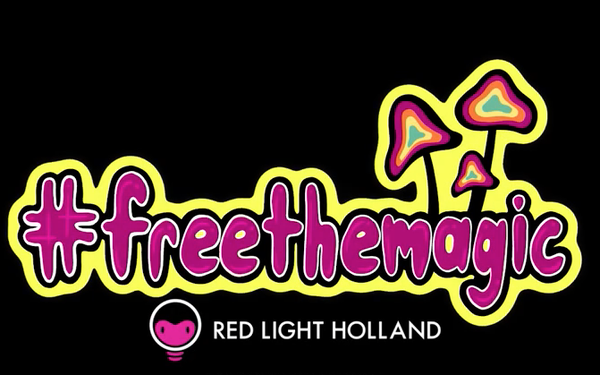 The stigma surrounding psychedelics has begun to fade—and it’s only taken half a century.

Psychedelics like “magic mushrooms” are psychoactive substances that alter brain function and invoke temporary mental, visual and auditory changes—AKA “tripping,” for those who can recall the 1960’s.

Although humans had used psychedelics for thousands of years, the stigma became a government mandate in 1971 when the Nixon Administration—not satisfied with fighting just one war (Vietnam)—launched the “war on drugs” and psychedelics were added to Schedule 1 of the Controlled Substances Act.

Schedule 1 drugs are defined as having “no currently accepted medical use.”

Private studies dating to the 1950s have long suggested that psychedelics—also known as hallucinogens—have the potential to treat conditions like depression and anxiety.

Fast-forward to 2022, when nearly 200 clinical trials are under way covering a plethora of ailments, including “some of the hardest to treat disorders in neuropsychiatry, including treatment-resistant depression and eating disorders,” Cowen Research noted in an April report.

Earlier this year, Dr. Nora Volkow, director of the National Institute on Drug Abuse, summed up the current environment thusly: “I think, to a certain extent, with all the attention that the psychedelic drugs have attracted, the train has left the station and that people are going to start to use it.”

The Biden Administration anticipates that the U.S. Food and Drug Administration will approve the substances MDMA and psilocybin within the next two years for treatment of post-traumatic stress disorder and depression, as reported by The Intercept.

Meanwhile, psychedelic mushrooms have been decriminalized and are being sold in cities like Oakland, California and Portland, Oregon.

The five states that are most likely to legalize psychedelics over the next year or so for medical and/or recreational use are California, Colorado, Connecticut, New Jersey and Oregon, according to Psychedelic Spotlight.

At the consumer level, two recent events could help roll back negative perceptions of psychedelics.

The first is the popular Netflix documentary series “How to Change Your Mind” by the author of a book by the same name, Michael Pollan, who delves into the relationship between “psychedelics and addiction, consciousness, depression, dying and transcendence.”

The second is this month’s public disclosure by Green Bay Packers quarterback Aaron Rodgers that drew lots of headlines when he credited the psychedelic tea ayahuasca for the best season of his NFL career in 2020.

On a parallel note, in June, Major League Baseball gave its official blessing to team sponsorships by CBD marketers.

"We've been watching this category for a while and waiting for it to mature to the point where we can get comfortable with it," said MLB chief revenue officer Noah Garden.

It’s worth noting that MLB’s approval comes despite a lack of long-awaited FDA guidelines on the inclusion of CBD in beverages and food.

A survey conducted this month for CPG FYI by consumer research platform Attest suggests the need for education about psychedelics—but does not indicate much negative sentiment.

Only 37% of respondents had actually tried psychedelics—with 62% citing LSD followed by mushrooms (54%) and MDMA/Ecstasy (38%).

Just 14% strongly believed that “psychedelics should not be legalized” across the United States.