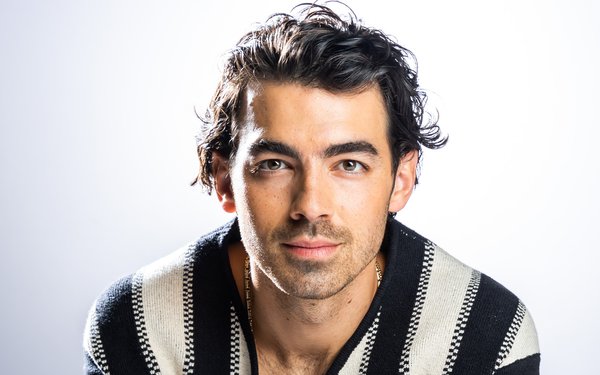 That’s because the singer/songwriter/actor had his nearsightedness (or myopia) corrected this month through the implantation of Staar Surgical’s EVO Visian Collamer Lenses.

And, lo and behold, Jonas next month will debut in a year-long global marketing campaign for those very lenses -- which differ greatly from such other vision correction options performed by ophthalmologists like Lasik, Staar says.  Unlike Lasik, the company says EVO implants don’t remove any corneal tissue, don’t cause dry eye syndrome, and offer UV protection.

You could think of them as permanent contact lenses (they’re only removable by a doctor).

The purpose of the campaign, Choromanski said, is to “help drive education and awareness of EVO among the millions of young Americans who suffer from myopia, and are looking for a solution that works in harmony with their natural eyes to break free from the daily hassles of contact lenses and eyeglasses.”

Jonas, as an EVO brand ambassador, is already appearing on its home page and social media like Instagram.

And more ambassadors appealing to the same age group are on the way, said Caren Mason, Staar’s president and chief executive officer, on Wednesday as she announced record net sales of $81.1 million for the company’s second quarter, a 30% year-over-year increase.

During an earnings call with analysts, Mason acknowledged that the company’s sales and marketing expenditures are being tilted toward digital marketing and social media influencers as a means to get the target audience “asking for EVO the way they know to ask for other important procedures...like laser vision correction.”

She noted that Jonas has 30 million social media followers and that upcoming brand ambassadors will include an NBA player, a “really exciting chef who is very, very popular” and “a Gen Z actress, model and style icon.” Like Joe Jonas, “all of our EVO ambassadors have had or will soon have the EVO procedure.”

Approved in March by the federal Food & Drug Administration, the EVO lens has already been in use by ophthalmologists throughout Europe, Asia, and the rest of the world. Mason said it’s already off to a “fantastic start” in the U.S.

Cohen told the analysts that 461 refractive surgeons in the U.S. have now been trained and certified to perform EVO implants, with the number expected to reach 600 by year’s end.

Joe Jonas, meanwhile, had this to say in a company press release: “I wished I didn’t have to worry about accidentally sleeping with my contacts in or keeping track of where I put my glasses, and to simply be able to wake up and see clearly. After speaking with my doctor about this advanced new technology, I chose EVO as I felt like it was finally time to upgrade my vision and change how I could see the world."