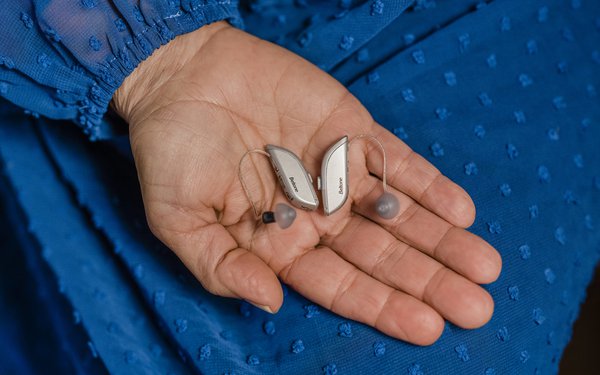 Image above: The new Beltone Achieve, definitely NOT meant for OTC sale.

Hearing aids will be sold over the counter (OTC) as soon as mid-October, the Food and Drug Administration announced Tuesday, enabling people with mild to moderate hearing impairment to get such devices without medical exams, prescriptions or fitting adjustments by audiologists.

“The changes could upend the market, which is dominated by a relatively small number of manufacturers,” according to The New York Times, “and make it a broader field with less costly, and perhaps, more innovative designs.”

The FDA said that buying hearing aids over the counter could save consumers some $2,800 per pair, according to an official quoted in media reports. The average cost of a pair of hearing aids is currently $5,000, the White House has said.

HIA advised consumers who purchase OTC hearing aids to obtain a purchase receipt, and understand the retailer’s return policy and the product’s warranty. “Consumers should be careful to choose a device and amplification level that will provide a benefit while doing no harm,” it recommended.

"Among the labeling requirements listed [for the product] are a user instructional brochure, an electronic version of which is to be made available for download; additional warnings; caution and notices for users; other specified information; and any other information necessary for adequate directions for use," according to the FDA ruling.

Beltone said that these products would be sold only through its centers.

But, in a statement given to Marketing Daily, Beltone president Mike Halloran, said the FDA ruling will help the company: "As only one out of five people who have hearing loss actually wear hearing aids, we’re always seeking ways to reach those not currently treating their hearing loss,” he explained.  “Over-the-counter  hearing aids will help us to reach those people so they can start their hearing care journey sooner. Once they start treating their hearing loss, they will ultimately recognize they want further support and that’s where the professional component is going to be critical."

That statement is further supported by reports that, due to the high costs of prescription hearing aids and the devices not being covered by basic Medicare, most hearing problems currently go untreated.

“Although about 38 million adults in the United States report hearing loss, few have tried the devices,” the Washington Post noted.  “Among adults over 70 with hearing loss, only one in three have ever worn one,” the publication said, citing data from the National Institutes of Health.

Hearing aids intended for severe hearing impairment or for users younger than age 18 will remain prescription-only.

The FDA also pointed out the difference between hearing aids, which are medical devices,  and personal sound amplification products, which are considered consumer electronics and help people with normal hearing amplify sounds.