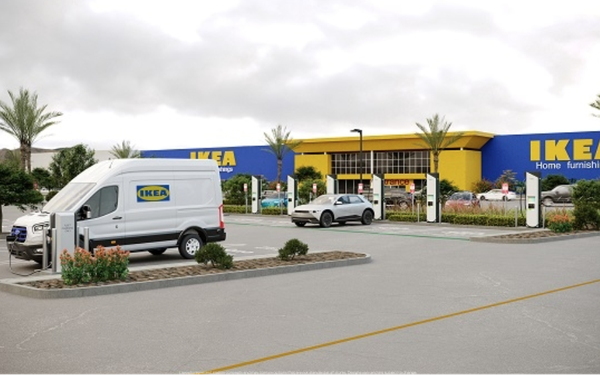 Ikea is partnering with Electrify America to quadruple the number of electric vehicle chargers at its U.S. stores.

To help reach its ambition to become a climate-positive business, the retailer will bring ultra-fast public charging stations and delivery fleet electric vehicle charging to at least 25 stores.

Ikea has the goal of reaching zero-emission home deliveries by 2025 and halving relative emissions from customer and co-worker travel by 2030.

The first locations are expected to open in late 2022 and be completed by the end of 2023.

This is the first time Electrify America and Electrify Commercial are installing both public and fleet chargers at the same time for a project.

Since opening its first charging station in May 2018, Electrify America has opened an average of nearly four stations per week.

Other companies the charging company has partnered with include grocery chains Kroger and The Save Mart Companies and Bank of America.