At a time when so-called “virtual product placement” is looming large because of the rapid evolution of extended reality and ultimately, the metaverse, a new study finds that current versions generate meaningful lift for brands when used in conjunction with TV advertising.

The study released this morning by Kantar and Mirriad Research, analyzes the impact of “virtual in-content advertising.” Although the study does not actually define this or provide any examples of what it is, it concludes that when used as part of TV advertising campaigns, it generates higher sales, advertising awareness, “favorability,” and consideration.

While the study doesn’t explicitly describe the examples of virtual in-content advertising it analyzed, its report shows image examples of it (see above and below).

The study doesn’t show how the combination of virtual in-content ads and TV compare with other mixes of media in terms of generating incremental metrics lifts, but numerous studies have historically shown that campaigns utilizing multiple mixes of media generally perform better than using one ad medium alone.

Here are the bulletted points the study’s authors highlighted:

“As virtual in-content advertising evolves into mainstream media plans, it requires a new understanding of the impact of the format from both an audience and a brand results perspective, while also considering the consumer’s perception of the format,” the report notes, without actually defining what the format is. 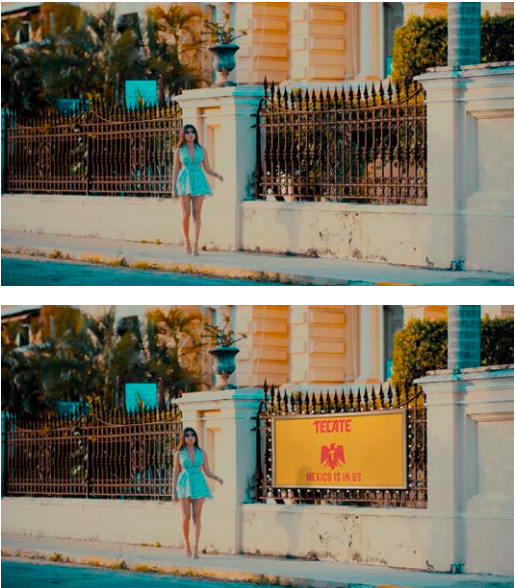