Fox News' Carlson, Hannity To Be Deposed For Dominion Lawsuit 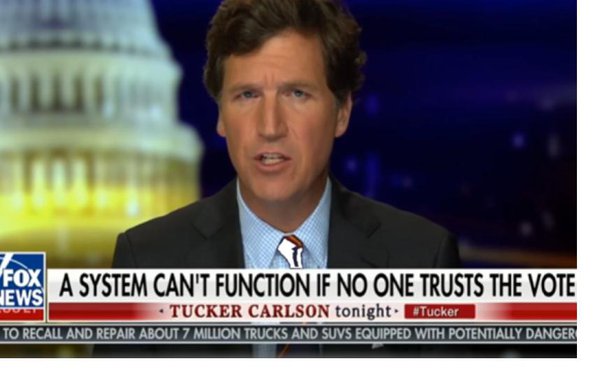 Dominion Voting Systems is aggressively pushing ahead with its $1.6-billion defamation suit against Fox News and parent Fox Corp, with top evening hosts Tucker Carlson and Sean Hannity now scheduled to be among those deposed.

Hannity is scheduled for a deposition next Wednesday, and Carlson on Friday, according to filings in Delaware Superior Court cited in a New York Times report.

Dominion’s suit, filed in March 2021, claims that Fox News “broadcast a series of verifiably false yet devastating lies,” accusing the election software company of engaging in an anti-Trump conspiracy to influence the 2020 presidential election.  "Fox sold a false story of election fraud in order to serve its own commercial purposes, severely injuring Dominion in the process… If this case does not rise to the level of defamation by a broadcaster, then nothing does,” the lawsuit states in part.

Fox contends that the statements made on the air about the voting tech companies were part of legitimate news coverage and protected by the First Amendment.*

In December 2021, Delaware Superior Court Judge Eric Davis declined Fox’s motion to have the Dominion suit dismissed, writing: “At this stage, it is reasonably conceivable that Dominion has a claim for defamation per se.”

The case is scheduled to go to trial early in 2023. Following Davis’s June ruling that Dominion could expand the suit to include Fox Corp as well as Fox News — thereby expanding the Murdochs’ financial exposure — Fox recently brought on high-profile trial lawyer Dan Webb.

Big media companies typically seek to settle defamation cases “well before they reach the point where journalists or senior executives are forced to sit for questioning by lawyers from the opposing side,” points out The Times. “But both Dominion and Fox appear to be preparing for the likelihood that the case will end up in front of a jury.”

*Update:  Fox News Media has supplied an expanded statement: "We are confident we will prevail as freedom of the press is foundational to our democracy and must be protected, in addition to the damages claims being outrageous, unsupported and not rooted in sound financial analysis, serving as nothing more than a flagrant attempt to deter our journalists from doing their jobs.”