Moderna Vs. Pfizer's COVID Lawsuit Is Really About Future Vaccines 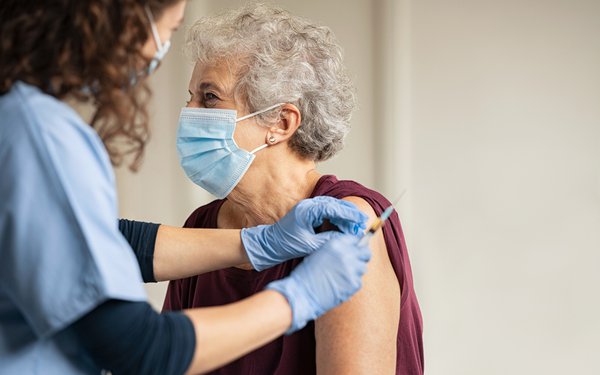 You could think of it as young upstart battling for its very existence with a giant pharmaceutical conglomerate.

That’s because 12-year-old Moderna’s patent infringement lawsuit against 173-year-old Pfizer isn’t really about the COVID vaccine at the heart of the action, but about ownership of vaccines yet to come, according to news reports.

What’s at issue is Moderna’s mRNA technology. Short for messenger RNA, Moderna has long contended that Pfizer and its tech partner, Germany’s BioNTech, infringed on Moderna  patents to develop their COVID vaccine.

Moderna’s mRNA technology could be used in the future for vaccines against anything from the flu to HIV, noted the Washington Post.

And, “though several other companies have also begun to explore mRNA technology, Moderna's entire pipeline depends on the platform,” added Yahoo Finance.

But, as the planet plunged into a global health crises in 2020, the lawsuit states, "Moderna refrained from asserting its patents...so as not to distract from efforts to bring the pandemic to an end as quickly as possible.”

Then this past March 8, with vaccine supply no longer an issue in much of the world, the company announced that  it would now expect a “commercially reasonable” license fee.

Indeed, Moderna’s lawsuit doesn’t demand that Pfizer stop marketing its vaccine, nor does it seek any compensation from Pfizer’s distribution of the vaccine to 92 low- and middle-income countries, from any Pfizer sales “where the U.S. Government would be responsible for any damages,” or from any sales before March 8.

Pfizer and its partner see the matter differently, of course.

“We are surprised by the litigation given the Pfizer/BioNTech COVID-19 vaccine was based on BioNTech’s proprietary mRNA technology and developed by both BioNTech and Pfizer,” the companies said in a joint statement.

The timing of Moderna’s lawsuit came a week after The Wall Street Journal reported that the U.S. government is going to stop paying for COVID shots, “shifting more control of pricing and coverage to the healthcare industry in ways that could generate sales for companies—and costs for consumers—for years to come.”

You can also expect more lawsuits.