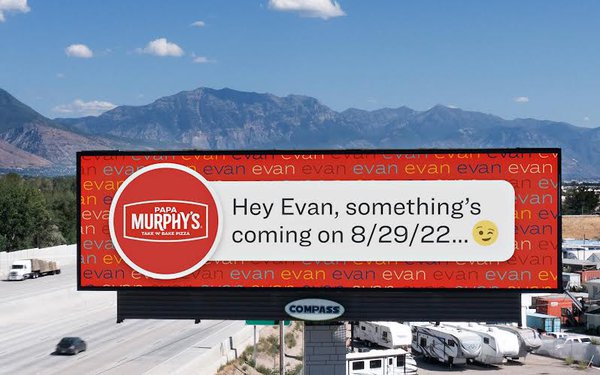 Papa Murphy, which claims to be the fifth-largest pizza franchise in the world, is bringing back its Triple Pepp Pizza through Oct. 16.

The promotion for Triple Prep was driven, in part, by Evan Arnold, a Utah superfan who pushed for the pizza’s return on social media. The product was originally launched in 2020.

It also used Arnold’s enthusiasm to make him the focus of a local Utah marketing campaign. On Aug. 31, all Salt Lake City, Utah, residents named Evan were eligible to get a free Triple Pepp Pizza — if they purchase another item in the store.

Arnold also got a $1,000 Papa Murphy’s gift card as a thank you for his efforts.