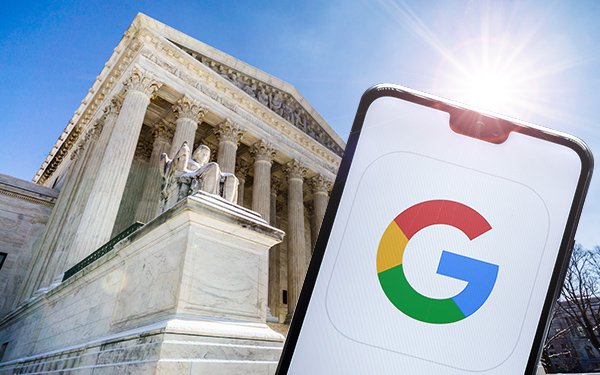 Google should have to face claims that it violated Genius Media Group's terms of service by allegedly scraping its site and displaying song lyrics, the antitrust hawk Open Markets Institute argues to the Supreme Court.

“Rather than try to develop a superior song-lyric service, it simply stole Genius’ content,” the Open Markets Institute argues. “Google did not create anything new, has been unfairly cannibalizing Genius’s business, and has expressly violated its terms with Genius.”

The group is urging the Supreme Court to hear Genius's appeal of a ruling that dismissed its case against Google over its alleged scraping of lyrics.

The battle between the two companies dates to December of 2019, when Genius sued Google, along with the company LyricFind, for allegedly copying lyrics from Genius and displaying them in the search results. (LyricFind allegedly scraped the lyrics and licensed them to Google.)

Genius brought various New York state law claims against the companies, including that they broke their contract with Genius by violating its terms of service, which which prohibit website visitors from distributing content for commercial purposes.

Genius licensed the right to display the lyrics (which were themselves posted by users) but didn't own a copyright to them, and didn't claim that Google infringed federal copyright law.

Google and LyricFind contended that the lawsuit should be dismissed at an early stage, arguing that Genius's claims were actually rooted in federal copyright law, which, according to Google and LyricFind overrides claims relating to contractual violations.

U.S. District Court Judge Margo Brodie in the Eastern District of New York agreed with Google and LyricFind and dismissed Genius's complaint in 2020, ruling that the claims were precluded by federal copyright law.

A three-judge panel of the 2nd Circuit upheld that decision in March.

The company wrote that the only way it can protect its business “is to condition otherwise-free access on a visitor’s promise not to collect Genius’s content and use it for competing commercial purposes.”

“Google accepted the contractual commitment, but then blatantly violated it by stealing Genius’s work and placing the lyrics on its own competing site, drastically decreasing web traffic to Genius as a result,” Genius said in a brief seeking review by the Supreme Court.

“Whether the Copyright Act preempts breach-of-contract claims for copying and misusing content has widespread implications for a huge range of businesses -- especially businesses on the internet,” Genius added. “Companies from Craigslist to Yelp -- many of which provide a free public good -- depend on terms of service to protect their platforms because they do not hold the copyrights to the content that is so crucial to their success.”

“The Second Circuit’s approach, if not corrected by this court, calls into question the viability of massive segments of the Internet and the U.S. economy in general,” the advocacy group argues.

“For example, much of the database industry revolves around the collection and distribution of factual information,” the group adds. “Those companies likely cannot, and will not, exist if others are allowed to simply copy and use the information they have invested significant resources to collect.”

Google is expected to respond to the arguments by November 7.