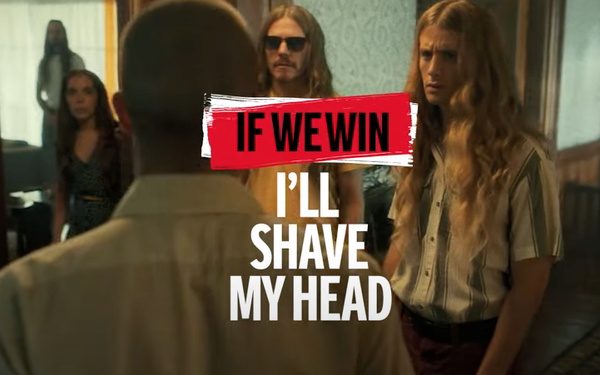 The brand’s “Believing Is Magic” FIFA campaign is reflective of Coca-Cola’s global “Real Magic” platform that launched in the fall of 2021 as a replacement for “Taste The Feeling.”

A variety of creative spots are designed to explore the journey of football fandom—beginning with anticipation.

The spirit of expectation begins in a commercial titled “Street” in which a female fan sipping a Coke imagines her team winning the World Cup. She is quickly surrounded by a legion of like-minded supporters parading through the neighborhood.

Anticipation segues to “promises” as football fans express devotion to their teams.

That can take the form of getting a tattoo, shaving one’s head or running to work every day if their team emerges triumphant.

“As a fan, we have to always believe anything is possible. Even if, on paper, a team shouldn’t make it through the group stage, we can believe,” Brad Ross, vice president of global sports and entertainment marketing for The Coca-Cola Co., said in announcing the campaign.

Complete details about “Believing Is Magic” have not been released, but one aspect is an exclusive partnership with Panini—the official licensed sticker album of FIFA World Cup 2022.

It involves 14 exclusive player stickers founded under Coca-Cola labels that fans can collect and trade physically and digitally.

The company said that it is “working with retail partners to create in-person opportunities for fans to come together, trade stickers and create digital albums.”

Coca-Cola has partnered with FIFA since 1974.