Ad Biz Practices What It Preaches, Er, I Mean Votes 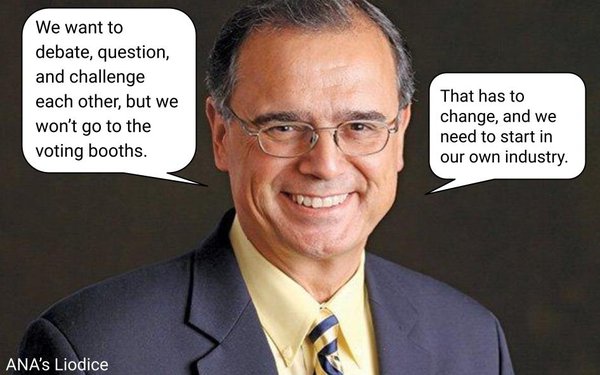 Madison Avenue is known for helping political candidates get out the vote, but in what could be one of the most consequential elections ever, the ad industry has pledged to get out and vote.

As part of an initiative being organized by non-partisan organizer Voting Maven, the industry's major trade associations, as well as two of the biggest media agencies, have agreed to help turn out voters from their own organizations.

Interestingly, the initiative isn't intended to help persuade the general population to get out and vote -- which is something these organizations,  especially Publicis and Horizon, are more than capable of doing -- but to turn out their own workforces.

“Media and advertising strongly influence our country’s electoral processes, and democracy is good for our business,” explains Ashley Swartz, chair of Voting Maven, the organizer that has been doing the outreach to the ad industry. “With a younger and more female workforce that is historically underrepresented in elections, particularly midterms, we have an obligation to encourage and enable our colleagues to support democracy by making it easier for them to participate in the process as engaged, informed, active voters.”

Asked how many potential voters the organizations represent, a spokesperson for Voting Maven did not have an exact number, but compiled stats indicating the trade associations alone reach tens of thousands of member organizations, and an agency like Horizon have staffs of 2,300.

If you run or work in an organization that might want to join the initiative, you can get more info at www.votingmaven.org.