Eddy Merckx Mentioned On CNBC In Connection With Peloton - Time To Spin? 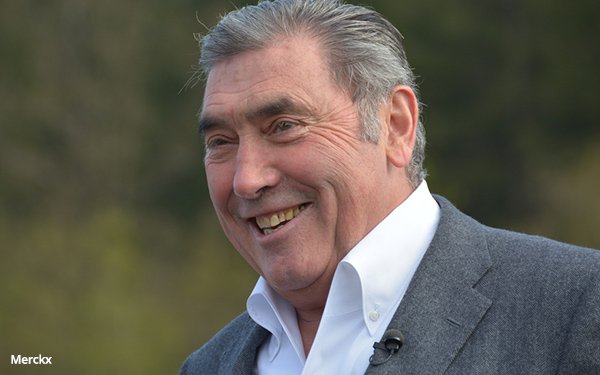 With the co-founders of Peloton Interactive departing, maybe it’s time for the company to get in the breakaway.

After months of being pushed aside as chief executive officer by the board of directors, John Foley, executive chairman/founder of Peloton, and Hisao Kushi, chief legal officer, are leaving the company.

This comes after a long period where the once-soaring fitness company has witnessed dramatically declining financial results -- including a steep drop in its stock price.

Many believe Peloton has now a limited upside. “They might not be able to add members really much further than they are right now,” said Simeon Siegel, managing director of BMO Capital Markets, on CNBC on Monday.

The positive is that its 2.3 million or so subscribers love the product, even with the prospect of possible price increases for the service. That could make it a good acquisition target for the likes of ever bigger streaming and fitness businesses. Amazon or Apple, anyone?

Big subscriber acquisition costs will be needed to move the needle, Siegel says -- something that only much bigger major media and consumer product companies may be able to handle.

Asked for his reaction for the future of Peloton and its stock, Guy Adami, director of advisor advocacy at Private Advisor Group and regular analyst on CNBC’s “Fast Money,” said:

“Eddy Merckx could be CEO with Greg Lemond, and it’s going lower.” For those not familiar with the name Merckx, he added: “You can Google that in a commercial break.”

Adami was right on the last point: How many Peloton subscribers have ever heard of this guy named Merckx -- perhaps the greatest road cyclist ever. Think Michael Jordan for basketball; think Babe Ruth for baseball.

Put Merckx with the word Peloton.

Peloton users might have an idea what a peloton is when it comes to road cycling. For those who do not, it defines a big field of cyclists -- perhaps 100 to 200 -- racing close together to save energy, benefitting from drafting. The word "peloton" comes from the French word "platoon."

And Merckx? Perhaps the greatest road cyclist champion ever who dominated in the 1970s: Five Tour de France general classifications wins; five times the Giro d’ Italia champion. All this in addition to countless one-day race wins -- a massive 525 total victories in 18 years.

Heritage-wise, you couldn’t do much better with this association.

Still, core customers may not be all that interested in the "sport" connection. For them it is about easy "fitness" access and workout classes. Peloton’s business grew dramatically during the pandemic, but then witnessed an equally dramatic slow down.

Adami, however, was not finished -- understanding that he had, in fact, broken new ground: “Doing this show a long time, that was first time ever Eddy Merckx was mentioned [on this program]”. Or perhaps ever on CNBC?

If it is all about a tough cycling workout, riding metaphorically (or virtually) alongside big-time bike-racing icons may be just the push to get over that hard climb -- and sprinting to the finish line.