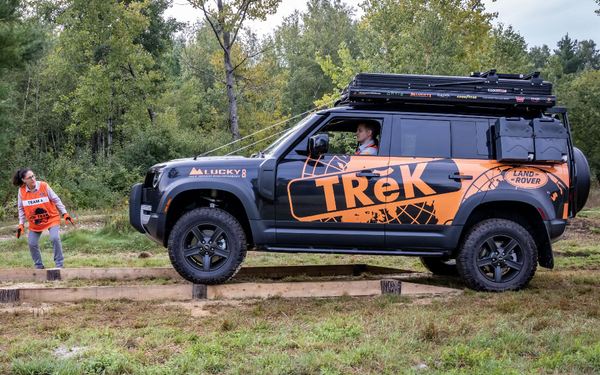 Land Rover is bringing back its TReK 2022 adventure off-road competition for U.S. and Canada retailers at the Land Rover Experience Center in Manchester, Vermont.

The two-day competition is inspired by the original Camel Trophy competition and includes qualifying trials and finals using the Land Rover Defender 110.

The event, which pits 100 three-person teams (90 from the U.S. and 10 from Canada) against each other, is designed to educate retail staff and test them in off-road driving, navigation and team collaboration.

The event allows the automaker to engage with its retailers, who get to “embrace and experience firsthand what the Land Rover brand means,” says Joe Eberhardt, President and CEO, Jaguar Land Rover North America.

The Defender will be customized with Jaguar Land Rover factory-approved accessories to aid in the competition. Additionally, accessories from Lucky8 will include TReK Edition badging and a TReK branded recovery bag and equipment.

The original TReK competition was established in 1996 as a U.S. specific challenge for the retailer network to bolster their off-road expertise in one day of immersive off-roading experience.

In 2001, following five years of success in North America, TReK expanded its influence when the first global TReK competition was held in South Africa.