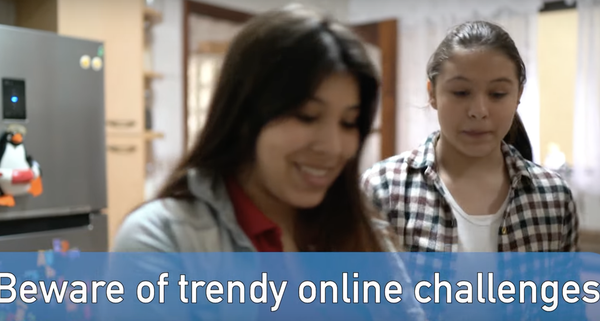 For example, some videos challenge viewers to cook chicken in NyQuil or similar cough and cold medications. “Boiling a medication can make it much more concentrated and change its properties in other ways,” the FDA said “Even if you don’t eat the chicken, inhaling the medication’s vapors while cooking could cause high levels of the drugs to enter your body. It could also hurt your lungs.”

If you now search TikTok for “NyQuil chicken,” according to a video on the platform from “Know Your Meme,” you’ll get this message: “Learn how to recognize harmful challenges and hoaxes.” When Marketing Daily tried it, we didn’t get that message, but instead a link to a full page providing four steps to “accessing challenges and warnings”: Stop, Think, Decide and Act.

TikTok and other social media platforms can only go so far, however, as users take to misspellings to get their misguided videos posted. One such TikTok misspelling (of the word “chicken”), stumbled upon by Marketing Daily, contained at least 10 videos, including one with 3 million views.

The “Benadryl Challenge,” which ran specifically on TikTok and was already targeted by the FDA in September 2020, urged people to induce hallucinations by taking large doses of Benadryl or similar allergy medications containing diphenhydramine. “Prompted by news reports of teenagers needing to go to the emergency room or, in some cases, dying,” the FDA warned that overuse of the drug “can lead to serious heart problems, seizures, coma, or even death.”

In an article on its healthychildren.org site, the American Academy of Pediatrics added an example of a social media challenge example outside the OTC field: eating Procter & Gamble’s Tide laundry pods. When the “Tide pod challenge” first came to light in 2018, the brand released a spot featuring  football star Rob Gronkowski just saying “no” and warning viewers to “Use Tide pods for washing, not eating.”

“You’ve always tried to keep your children safe,” says the FDA in a new 30-second spot, “but can their social media be harmful? Beware of trendy online challenges. Some promote drug misuse to youth. Keep medicines away from children. Talk with your children about safely using over-the-counter medicine.”

Not every social media challenge trend is harmful, however. One frequently cited example is 2014’s “Ice Bucket Challenge,” where people not only poured a bucket of ice water over their heads, but donated $115 million to the fight against amyotrophic lateral sclerosis (ALS, or Lou Gehrig’s Disease).

According to a recent podcast by WHYY/Philadephia’s “The Pulse,” that unprecedented surge in donations led not only directly to research that, for the first time, identified genetic markers for the disease, but also to the end of critical equipment waitlists for ALS patients across the country.