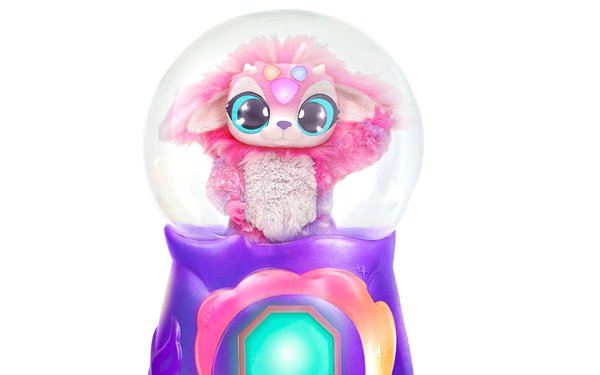 Get ready for a little more joy in Toyland. After several years of supply-chain snarls and COVID pressuring parents into complex shopping behaviors, toy experts predict that Santa will have smoother sailing this year.

"The shopping environment should be more evened out this year," says Ali Mierzejewski, editor in chief at the Toy Insider, which just released its 17th annual holiday gift guide. "We're still coming out of all the ripple effects of the last few years, but parents should find it easier to get their hands on the season's best toys."

Sales are expected to be up slightly, but only because of inflation. "There are less toys being sold for more money. Unit sales are declining."

Last month, NPD reported that dollar sales of toys in the U.S. rose 2% in the first half of this year, to $11.4 billion, while unit sales declined 6%.

Mierzejewski tells Marketing Daily prices are up in every category, "so we're recommending people should budget in an extra 15%. They'll likely find themselves paying more than expected in every category of toys."

The good news is that there are plenty of toys to get excited about. Magic Mixies Crystal Ball is one she thinks could turn out to be this year's Tickle Me Elmo, based on her analysis of TikTok toy posts.

"The ball fills with mist, then reveals an interactive pet with a magic wand" -- a process kids can repeat over and over. In licensed toys, characters from "CoComelon," Netflix's massive toddler franchise, should be plentiful, along with hordes of "Jurassic World"-inspired dinosaur toys.

Toy Insider is also predicting intense interest in STEM-inspired toys and those that encourage intergenerational play. One of Mierzejewski's favorites is LeapFrog's Level Up Gaming Chair for babies and toddlers, which lets them sit next to their parents as they game.

Where consumers shop may look a little different this year. Walmart and Target, which has re-upped its partnership with FAO Schwarz, are constant favorites.

But this year, there is also Macy's, which is opening Toys R Us shops within its department stores, and plans to have them open in every store by October 15. In a recent call to discuss its earnings with investors, Jeff Gennette, Macy's chairman and chief executive officer, says the retailer sees tremendous potential in toys.

"Toys are a huge opportunity for us, with a fair share of market opportunity of $1 billion in annual sales," he says.

More places to shop should mean that people can get their hands on even the most in-demand toys, says Mierzejewski.

Still, "we're seeing a lot of online shopping, and people shopping earlier and more often," she says. Her insider secret? "Keep checking back," she says. "And make sure to shop local toy stores. Their inventory turns over faster, and they have the most knowledgeable sales teams."