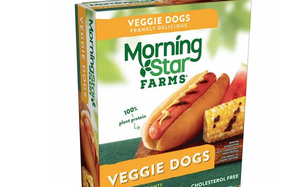 For the second time, a federal judge in California has rejected claims that Kellogg’s MorningStar Farms falsely advertised some of its products by using the term “veggie.”

San Francisco resident Angela Kennard first sued Kellogg Sales Co. in September of 2021, claiming that the “predominant, non-water ingredient” in the MorningStar products in question were not vegetables or vegetable-based but instead consisted of grain or oil.

Kennard alleged on behalf of herself and other buyers of the products that “reasonable consumers” would interpret the term “veggie” as being made “primarily of vegetables.”

In January, judge William Orrick dismissed Kennard’s initial complaint while noting that the lawsuit “is one of the rare cases where it is implausible at the pleading stage that a reasonable consumer would be deceived by the defendant’s packaging or marketing.”

Kennard subsequently amended her complaint and entered into evidence surveys of Californians ages 18-79 who indicated they had purchased or seriously considered purchasing a meat-substitute product.

More than 80% of the survey respondents “were misled to believe the products are primarily or entirely made of vegetables,” according to the suit.

Kennard also cited a past version of the MorningStar website that had described the brand’s products as being made with “sun-ripened vegetable goodness” and offering the “widest selection of full flavored veggie foods available.”

Last week, Orrick dismissed the amended suit with prejudice, meaning it cannot be refiled again in his court.

In so doing, he agreed with Kellogg's that Kennard’s allegations were “implausible and do not support a reasonable inference that some significant portion of consumers would be misled into thinking the VEGGIE products are made primarily of vegetables…”