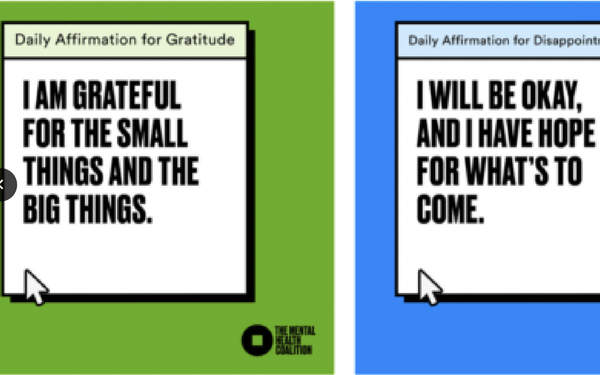 Yes, social media can be good for mental health -- that is, if it promotes a positive message.

So say Meta and the nonprofit Mental Health Coalition (MHC), revealing that a May campaign on Facebook and Instagram “measured a quantifiable positive impact on individuals’ mental health,”both in reducing stigma and in increasing the likelihood to seek professional help.

Specifically, the partners said, their “Feel Your Feelings” campaign reached more than 19 million people, generated 96 million impressions, and shifted attitudes in at least 564,000 of them. The results were announced at the Clinton Global Initiative conference this week in New York City.

"Considering that one in four people struggle with mental health related issues, and that two out of three of these individuals never seek professional support…largely because of its related stigma, we are confident that these findings are transformative and can positively impact the well-being of millions of individuals," said Kenneth Cole in a press statement. Cole, the fashion designer and activist, founded MHC two years ago during the early months of the COVID-19 pandemic.

The May campaign was directed at both a general audience and those likely to be suffering from mental health problems.

Call-to-actions directed people to such tools as a “mood meter,” “mood tunes” (in partnership with Universal Music Group), and “mood affirmations.”

Here's the language from the campaign’s landing page: “This Mental Health Awareness Month, we’re inviting you to feel your feelings. Many of us have been feeling a lot lately, so it’s more important than ever to check in on our emotions and talk about them with others. By building our emotional vocabulary and owning our moods, we’re working to destigmatize mental health and show that no matter what you’re feeling, it’s okay to feel it.”

The partners also reported cost efficiencies in the campaign: “For every $1 spent, almost two individuals' perceptions on mental health were transformed."

MHC members include over 30 organizations involved in the fight against mental illness, including the American Psychiatric Association, the Depression and Bipolar Support Alliance, and the Suicide Prevention Hotline.